No, I’m not talking about Alayna, though she is our “big girl,” taking on her sophomore year with gusto. She’s running cross country, a new sport for her. For a girl who isn’t fond of waking up before 5AM, she’s had a great attitude and a good season so far. 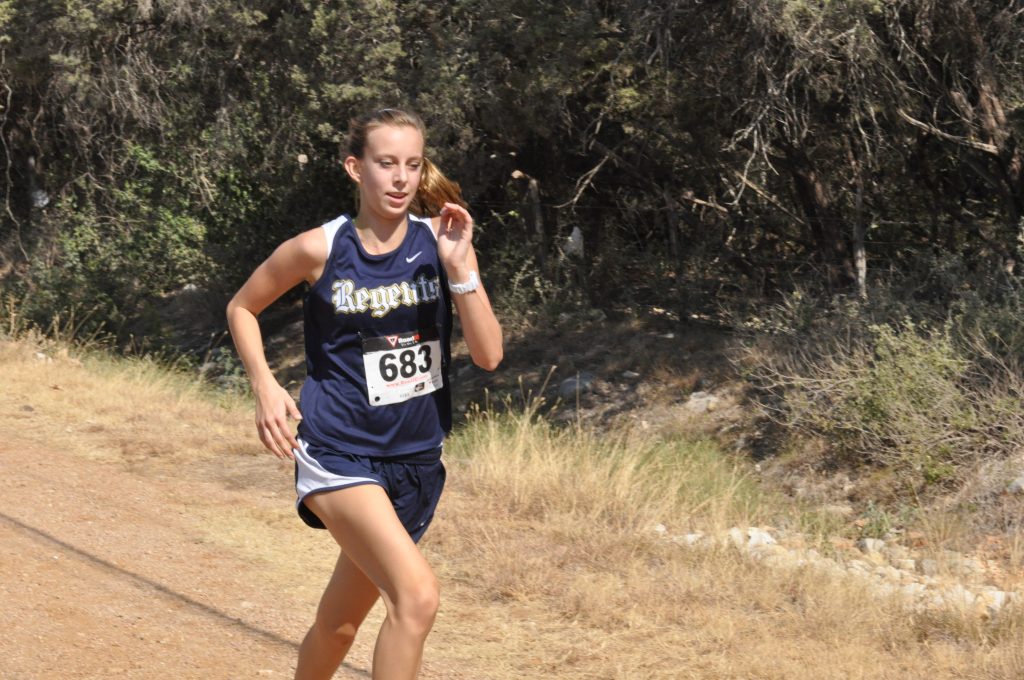 This past Saturday they had their second meet, and I was intrigued by a girl I saw. She was from another school and running in the JV race, Alayna’s race, and she was dead last. Way last. She was a big girl, tugging at her shorts every few strides to keep them from riding up. She was so far behind the others, at least half a lap, and yet she kept plugging away.

A mother standing behind me called someone on her cell phone, presumably someone further down the course, and said, “There’s a big girl comin’ your way . . .”. Really. I couldn’t believe how catty and insensitive this woman was, but I also couldn’t understand why this girl was running. She was an easy target for snide remarks. She was definitely going to come in last, and she must have known that before she ever stepped on the track. Before she ever put on her uniform and stood behind her slender teammates for a picture.

First place, last place, somewhere in the middle. Racers are generally obsessed by numbers. How did they place? Did they beat their PR? By how many seconds? Would this girl look at the numbers? My hope for her is that her “story in the street” includes an encourager. Somebody who told her that this race was not about everyone around her. It was about finishing. About proving she could do it. About setting a personal record, and trying to beat it next time.

As she rounded the first of two laps, the next heat of boy runners clapped and cheered, and then began lining up on the line for their race. They’d have to wait for her to finish, though. Even more eyes trained on her large figure, laboring around the course.

She reminded me about how we’ve been thinking about numbers a lot lately in our family. More specifically, about our number. Our place in line. We got word that our dossier was approved last week. This week, we’ll get our official number, which will give us an idea of where we are “in line” to receive a child. In a way, I guess it’s our daughter’s number, too. How long will she have to wait to have a family?

I worry that nobody is cheering for her, or that she’s seen as unimportant by those around her. I worry that she labors, passed up by those with loving homes, good nutrition, arms that hold and rock. My hope and prayer is that there is someone cheering so she can hear. Someone whispering in her ear that there’s a finish line, with a loving family waiting to welcome her home. Run, baby, run . . . we’re waiting for you, and the finish line is in sight.

I am so thankful for @candanceproffitt and teacher

I have started a new feature on my website that fe

This girl is strong like a butterfly, and so talen

While working on a writing workshop video for @mid