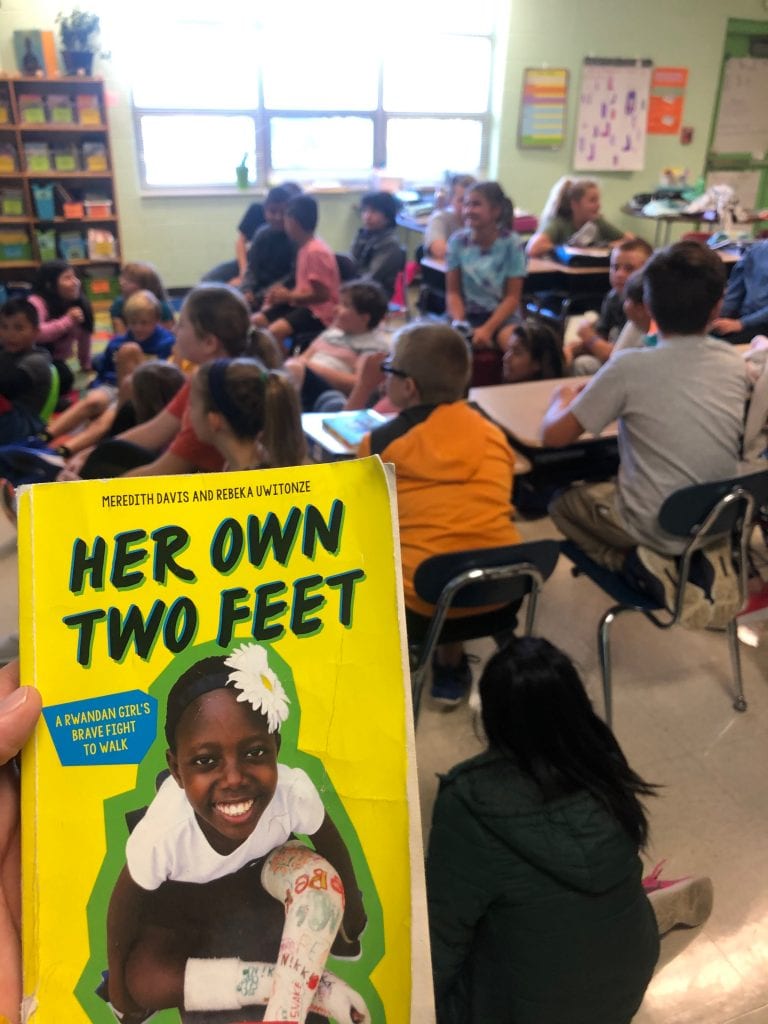 Sometimes superheroes wear two casts and big daisies on their heads, and sometimes superheroes are dusted with chalk, their fingers stained with marker, their secret bat cave a classroom where they share stories about girls in casts and daisies. The Amazing Mrs. Proffitt is a fifth grade English Language Arts (ELA) teacher in Morristown, Tennessee who first contacted me via a direct message on Instagram September 13th, 2019. She sent pictures of artwork her 48 students had done in response to Her Own Two Feet, and my jaw dropped. 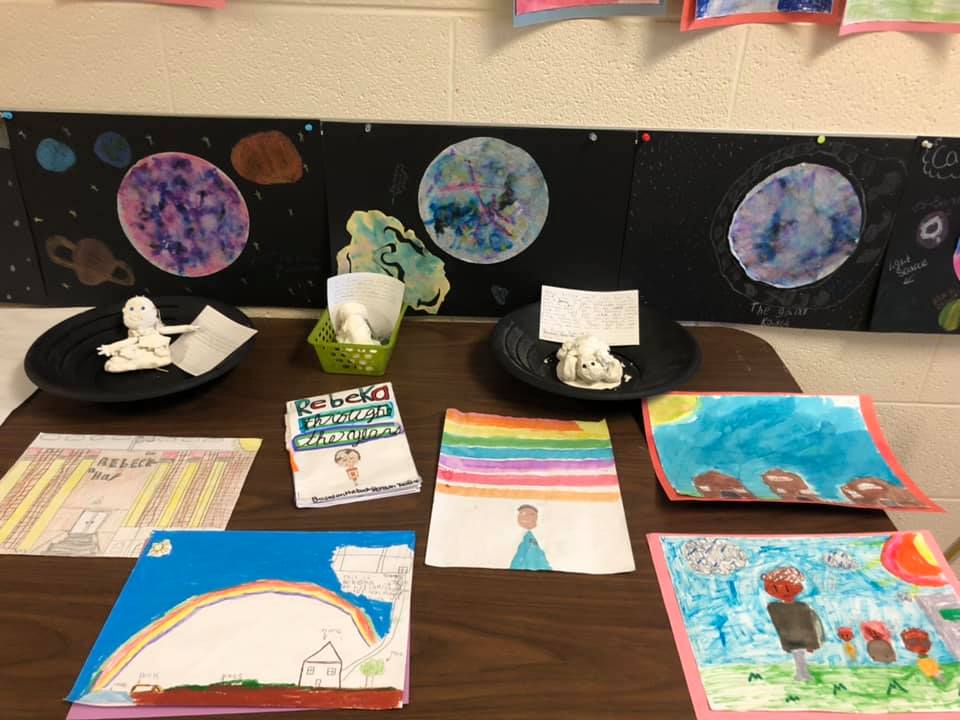 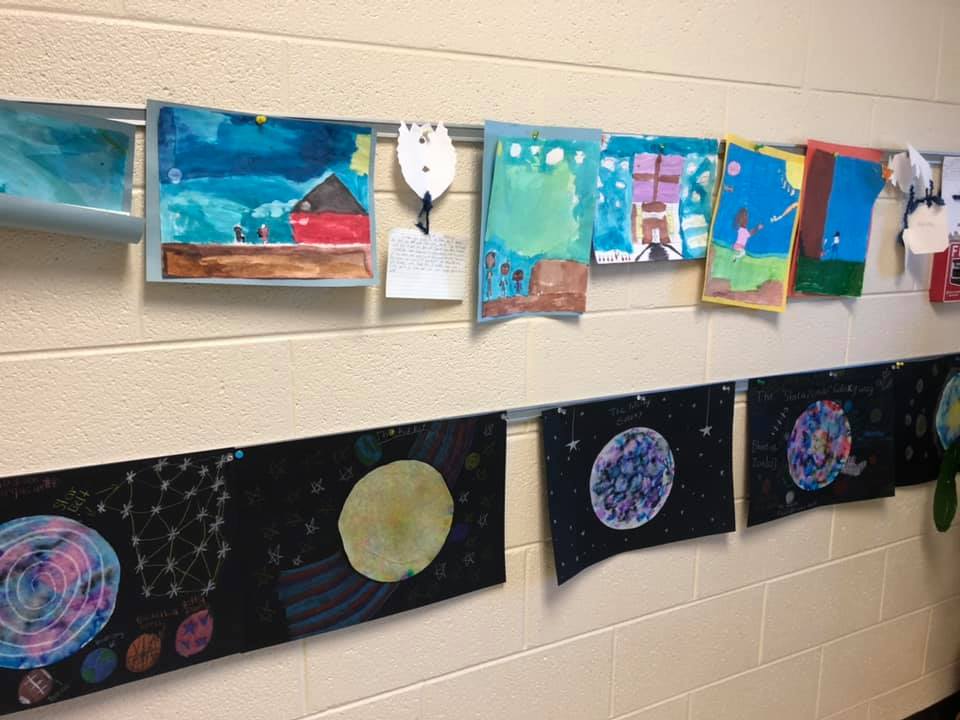 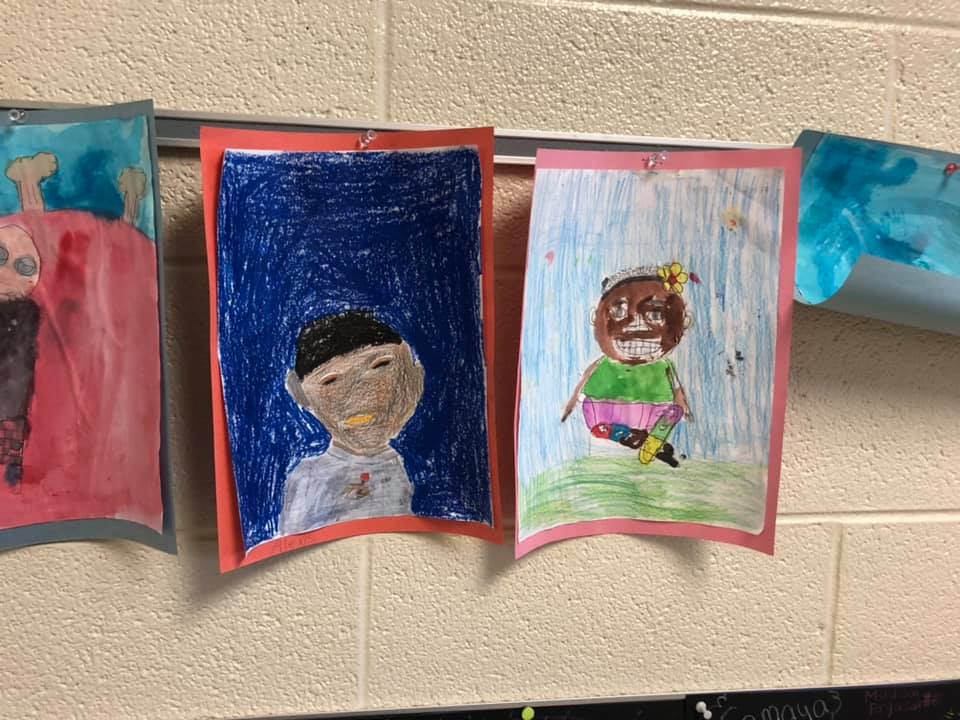 She’d picked our book out of all the hundreds of thousands of books and bought multiple copies for her class to read.

I sent a thank you note, bookmarks and Chance Comes Once bracelets to the class, she sent more pictures of excited kids, and a relationship was born. 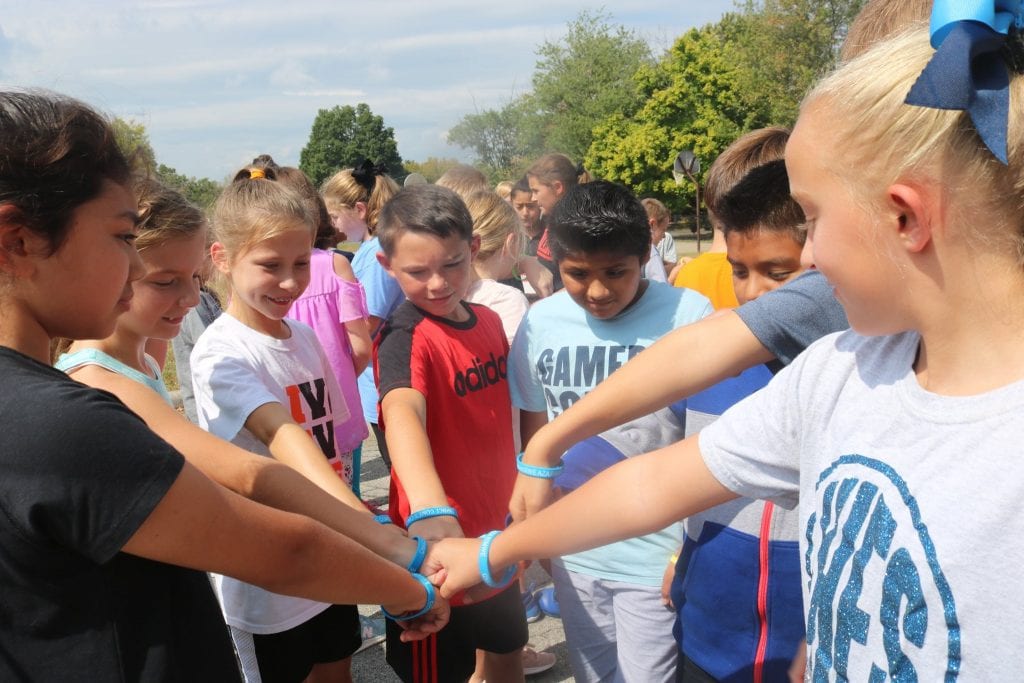 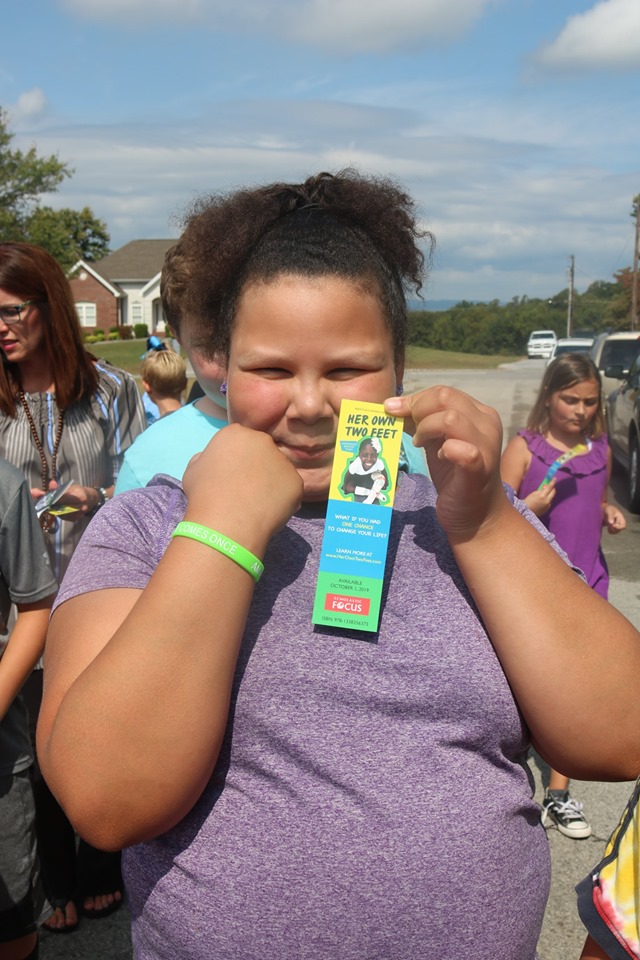 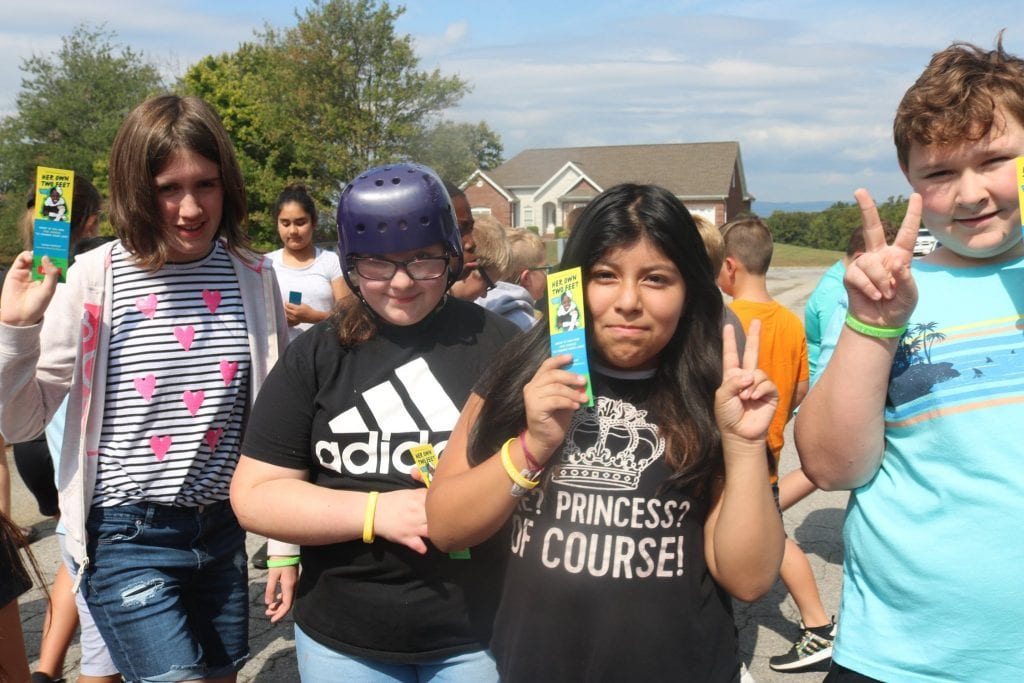 A month later, on October 22nd, we set up a virtual author visit via skype. I could not wait to meet these kids! As soon as our call started and the students appeared on the screen, they all called out in Kinyarwanda, “Mwaramutse!” (good morning) and “Amakuru!” (how are you?). I was so shocked I couldn’t remember how to respond in Kinyarwanda! One of the students explained how Mrs. Proffitt posted Kinyarwanda words from the glossary at the back of the book all over her class so they could learn how to speak Rebeka’s language. 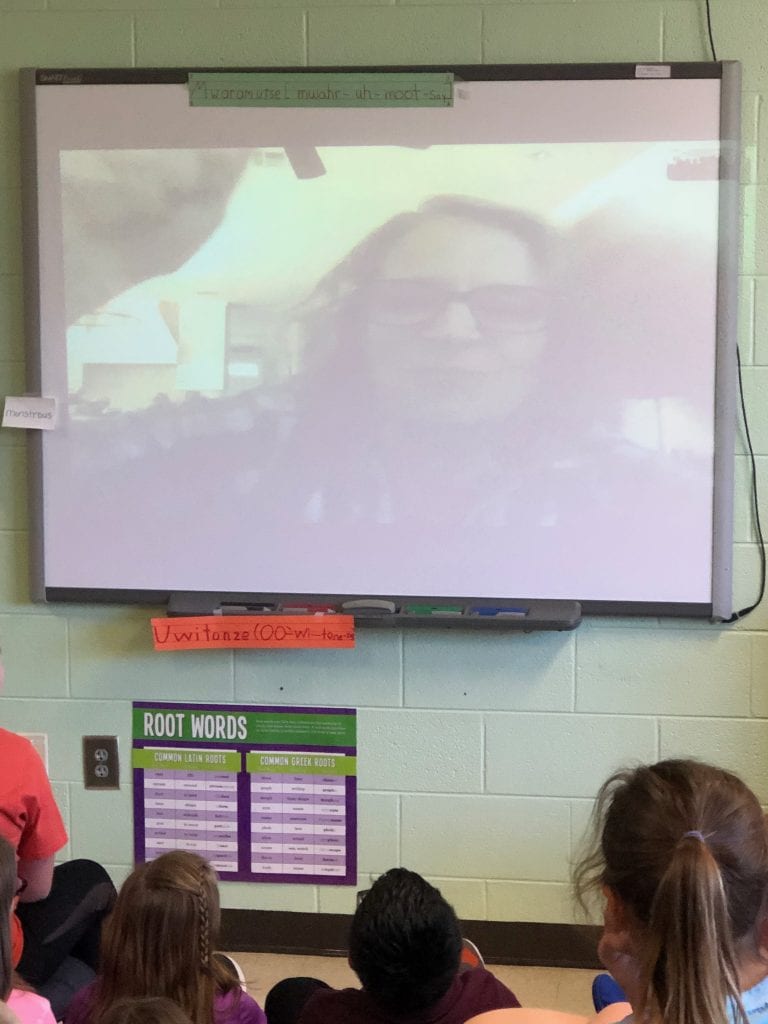 Taped to the screen are Kinyarwanda words and pronunciation.

My eyes filled up with tears. I would have never guessed, when Rebeka came to live with us back in 2013, that six years later students in another state would be inspired to learn her language after reading her story.

I had a few questions for the kids, like on the book cover, what did they think Rebeka was sitting on? They knew immediately. “A skateboard!” they said in an excited chorus. I asked them why that was such a good image, and one boy said, “So she could see her feet?” I hadn’t thought of that, but it was a good, creative answer. She could see both her casted feet stretched in front of her as she rolled down the driveway, again and again.

As the visit went on, Mrs. Proffitt explained that since her class was so large, most of the students sat at their desks and watched me on a large screen. Smaller groups rotated through to talk and ask questions via her laptop, and those were the kids I was seeing. I never heard a complaint. I never saw a push or a shove as students gathered in small groups around the laptop and a few minutes later went back to their desks to make room for more. They raised their hands, they waited their turn, and yet they were still kids. They jumped up and down with excitement and sometimes burst out laughing. 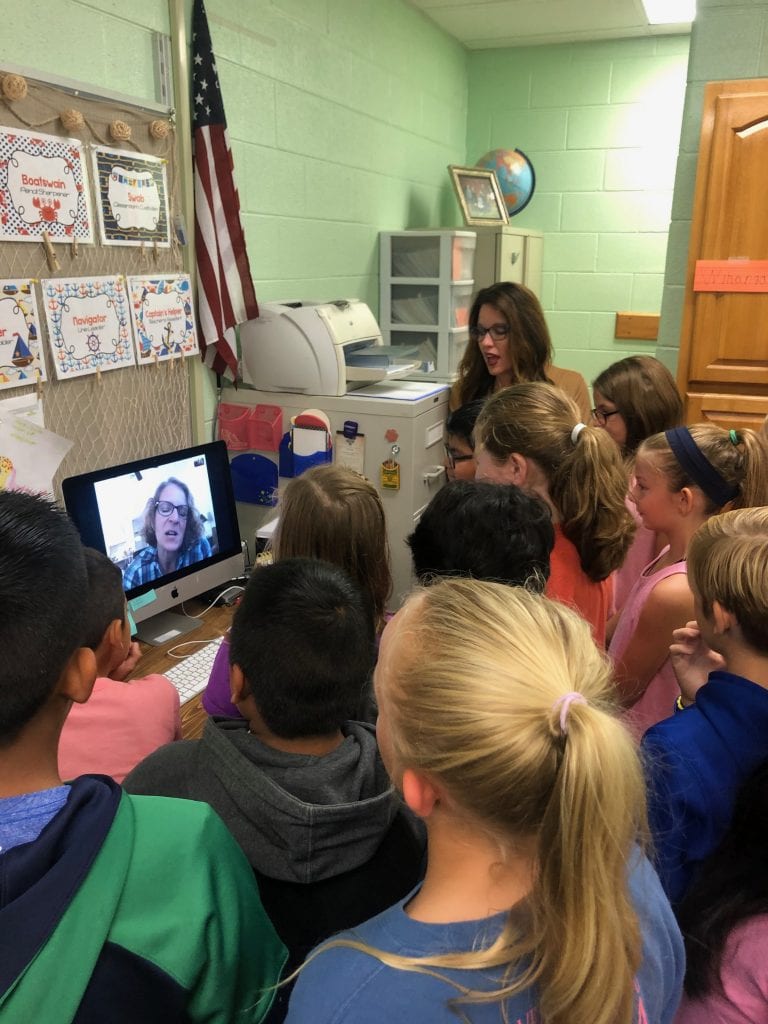 This was the best crowd shot, maybe not the best “Meredith” shot!

It takes a special kind of teacher to create that kind of culture in her classroom, and it takes a superhero kind of teacher to squeeze all the juicy goodness out of a book, doing art projects and  tying in vocabulary words and going above and beyond to bring in local media to do a story in the paper, and setting up an author visit so we could talk to each other. 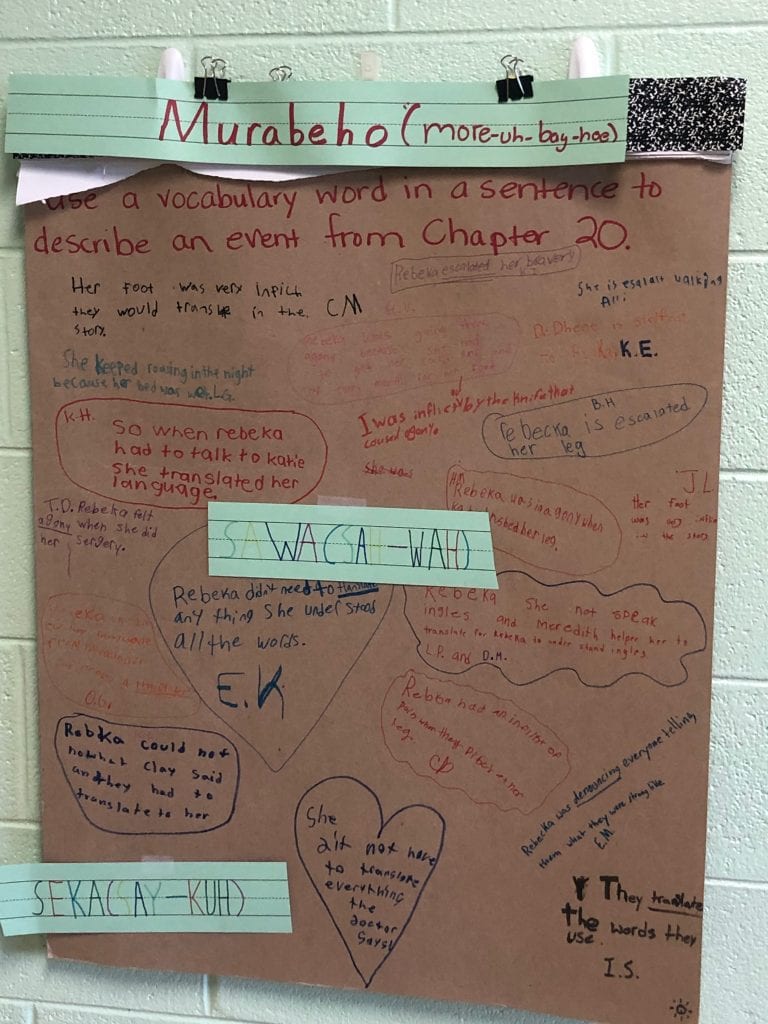 One of the kids asked if there would be another Rebeka story, and I was taken off guard. I hadn’t ever thought about it. Rebeka and I consider her story told, at least for a while, until she lives the next chapters. I asked what they’d want it to be about and another student stepped forward and suggested the next book could be Medea’s story, Rebeka’s little sister. I was touched by how engaged they were with Rebeka’s life, her family, and my writer’s brain went into overdrive as I thought about what that story would be like. Not the story of having a disability in rural Rwanda, but the story of a young girl who helps her sister learn how to walk, says goodbye and stays behind as that sister travels to America, and later to boarding school. The sister with a shy smile and a kind heart and her own story to tell. 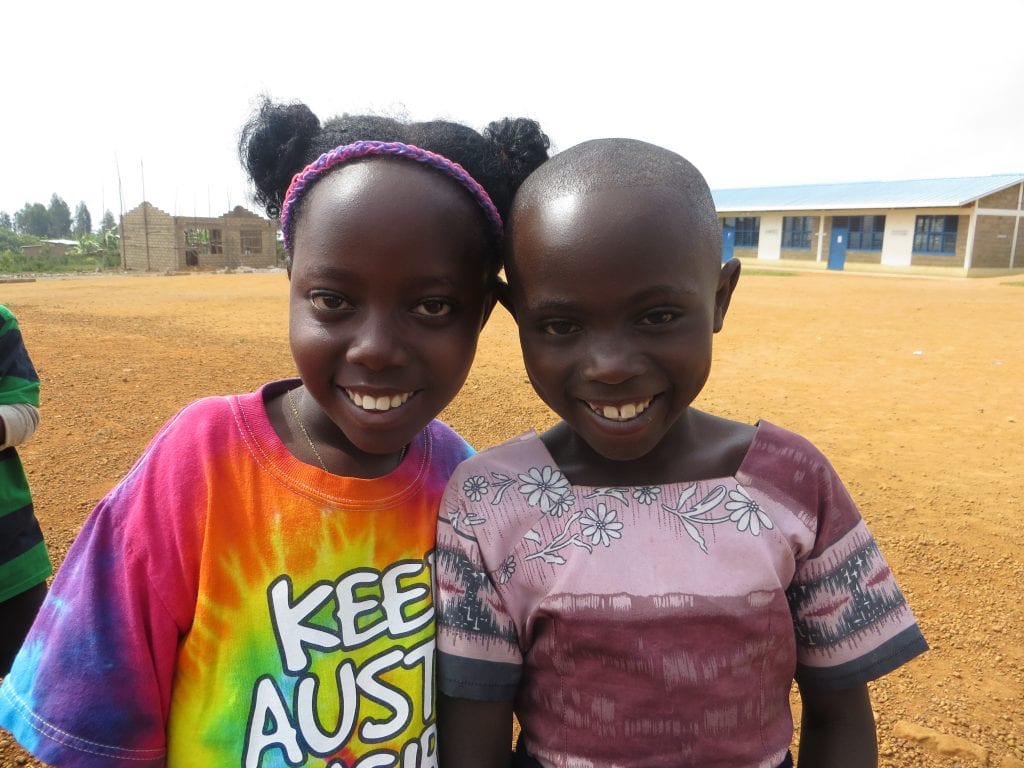 I don’t know if I’ll pursue that story, but what I do know is that the Amazing Mrs. Proffitt and her class inspired me and made my day a whole lot brighter. Marvel is fine, so is DC, but I prefer my superheroes coated in chalk dust, a smile on her face and a class of kids ripe for learning. 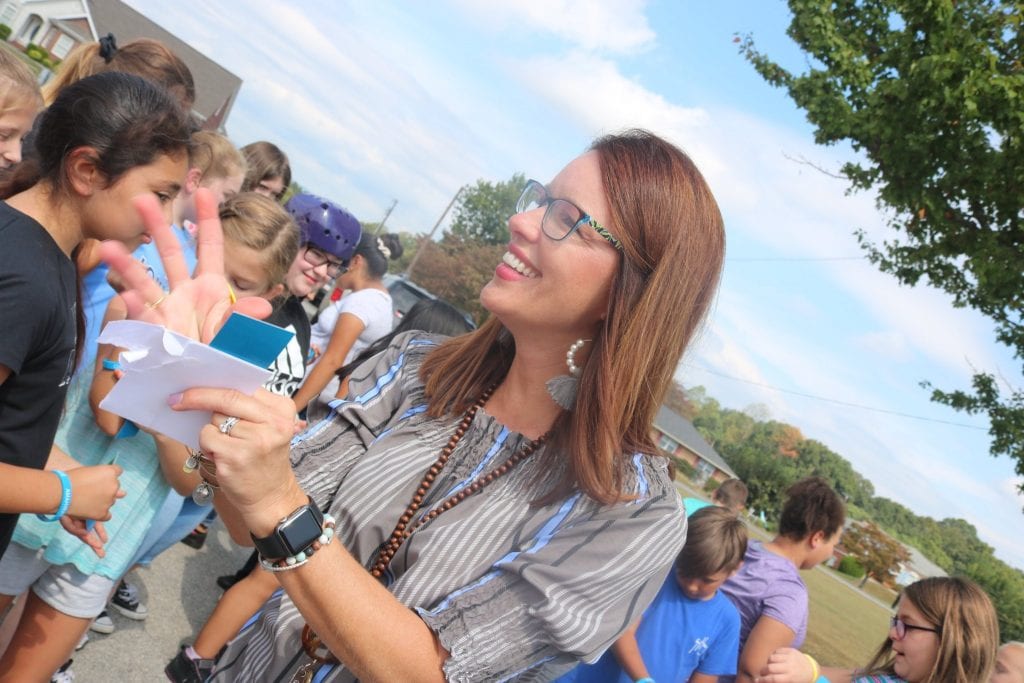