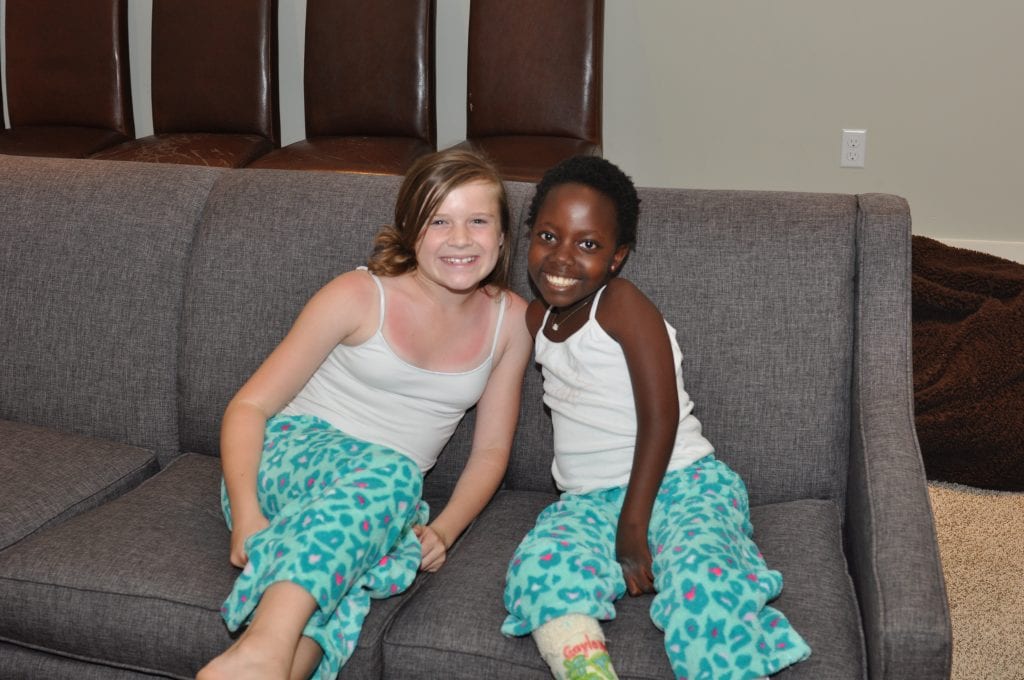 Writing this book together, Rebeka and I got to reflect on some of our favorite memories. A lot of those involved her time with Kate. Rebeka and Kate first met in September, 2012. Rebeka had left Rwanda less than two months before to stay with us in Austin, Texas while she had surgeries on her feet. She’d been lonely since the kids started school, eagerly waiting each afternoon for Alayna, Nate and Benji to come home again. Sometimes their friends came, too, but she had yet to make a friend of her very own.

Our home backs up to the football field at our kid’s school. Rebeka had a cast on her left leg and couldn’t walk, so we carried her to the stands to experience her first Friday Night Lights Texas football game. She got her face painted by some cheerleaders before the game, and she was ready for some fun. 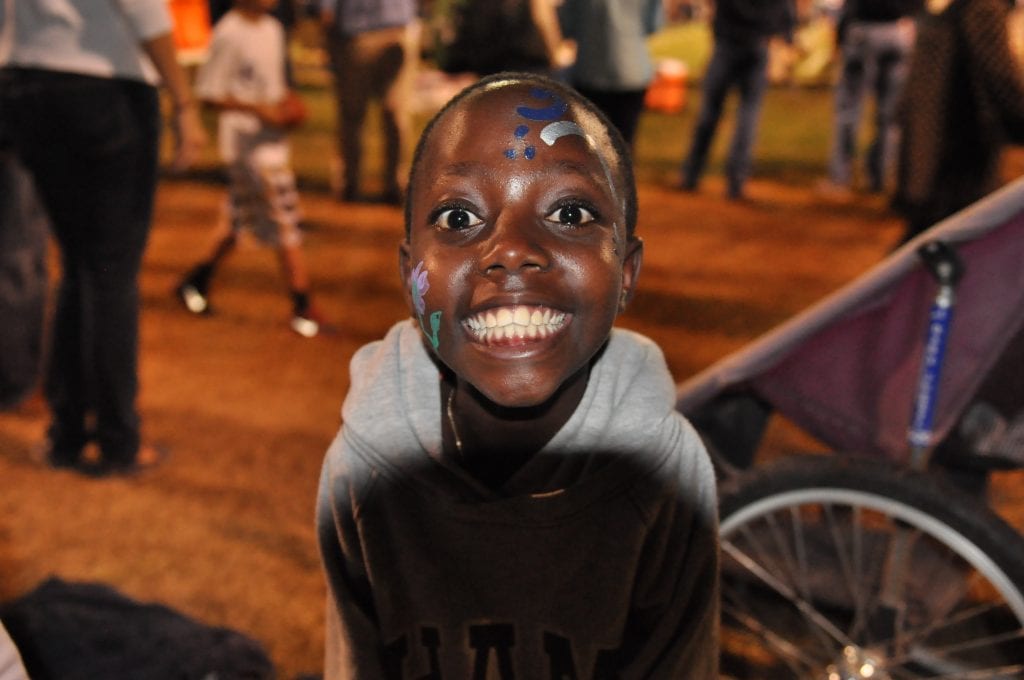 I got a bag of Skittles, her favorite, and we chewed the fruity goodness side by side as the football players ran onto the field and the game got started. I soon realized Rebeka wasn’t watching the field. She was watching all the kids running around behind the bleachers.

“I go?” she asked, tilting up her chin and pleading with her eyes.

It was all wildness and chaos behind the bleachers. Kids ran back and forth playing tag and throwing balls. It looked like Rebeka could get hurt down there.

“We should let her,” Clay said. “I’ll get a blanket and hang out with her.” But once he spread out the blanket, Rebeka insisted she was fine and he should go back to the bleachers. She did this all with her eyes, a few nods, and the few English words she’d picked up.

I glanced back every now and then. Rebeka on her blanket was like a little island in a stream. A few kids stopped to say hi but soon went back to their games, until Kate. Kate was Rebeka’s age, and her family adopted a boy from Rwanda. Maybe she first noticed Rebeka’s dark skin, so much like her little brother’s, but my guess is the first thing she noticed was Rebeka’s smile. 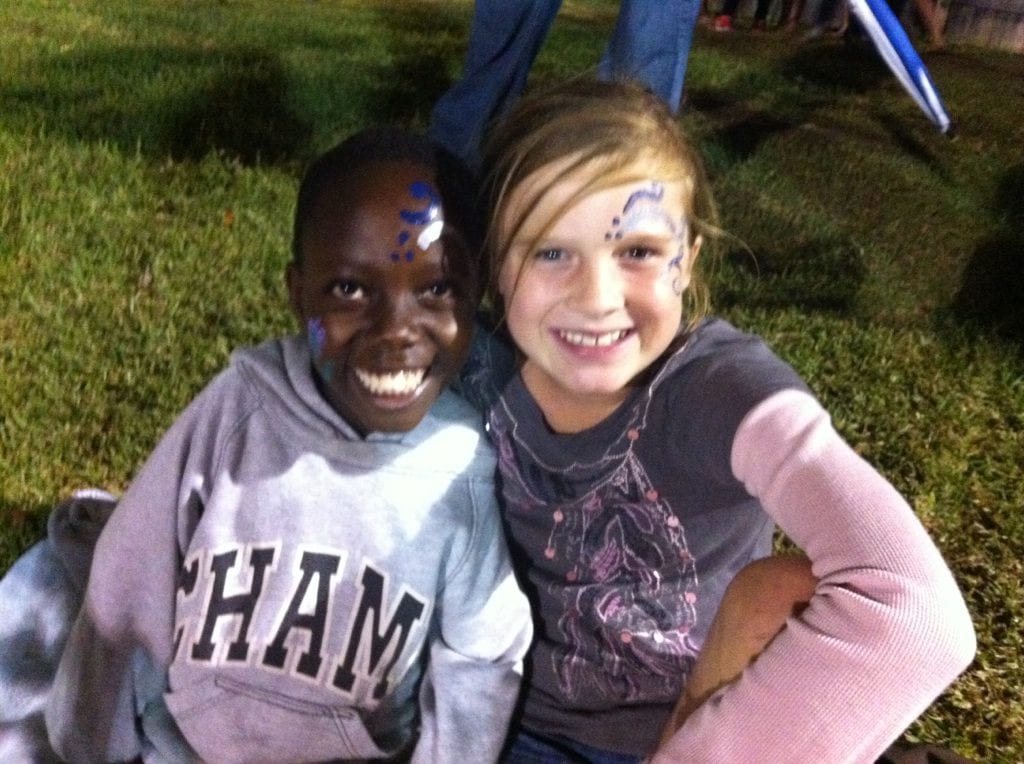 Kate stayed on that blanket for hours, and somehow they found a way to communicate. They made funny faces, Kate tickled Rebeka and she tickled Kate back, and they roared with laughter. 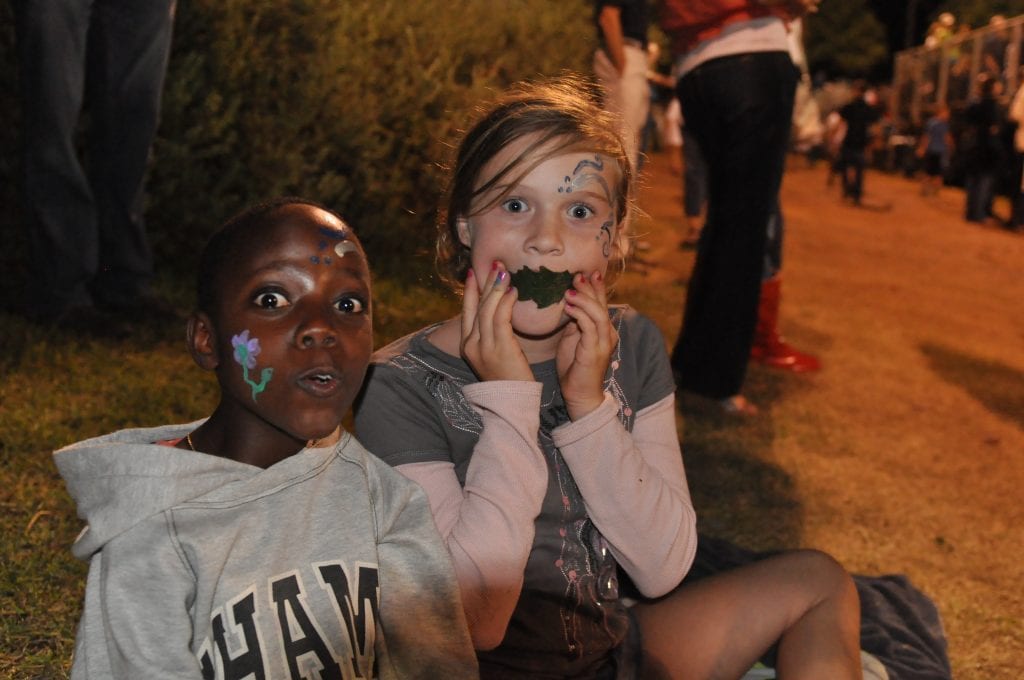 We didn’t carry Rebeka in until the lights on the field turned off. Rebeka had found her friend. Kate kept coming back to our house to play with Rebeka in the following months. They painted their nails, Kate helped her “ride” a bike, they had a lemonade stand and sleepovers. 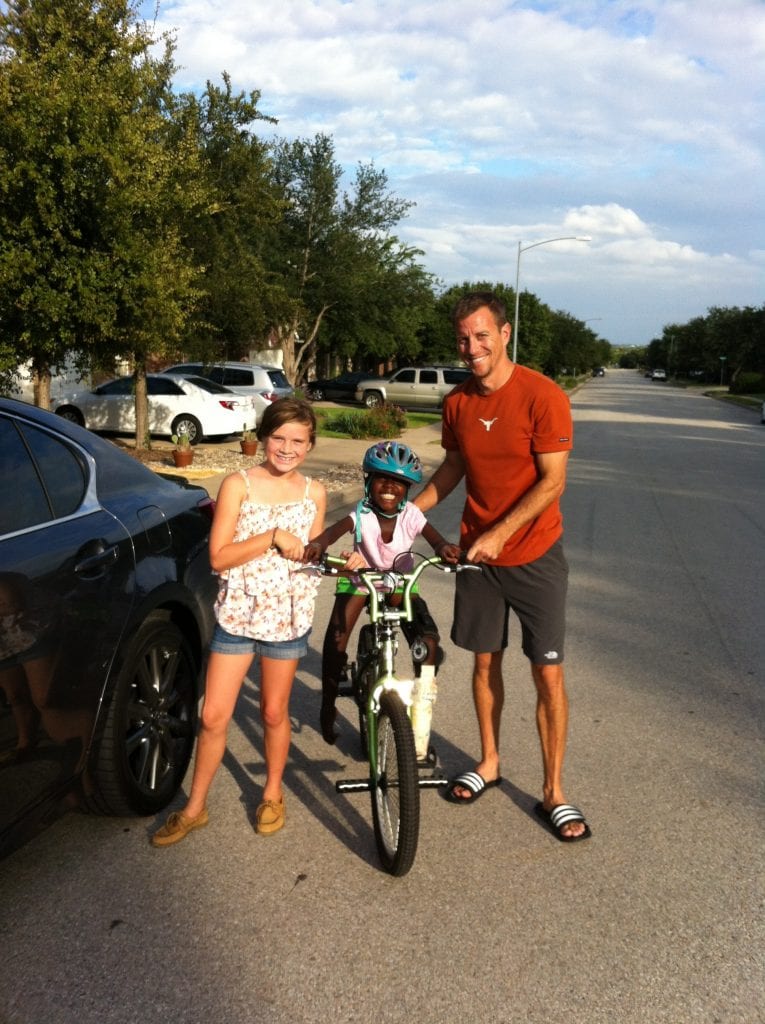 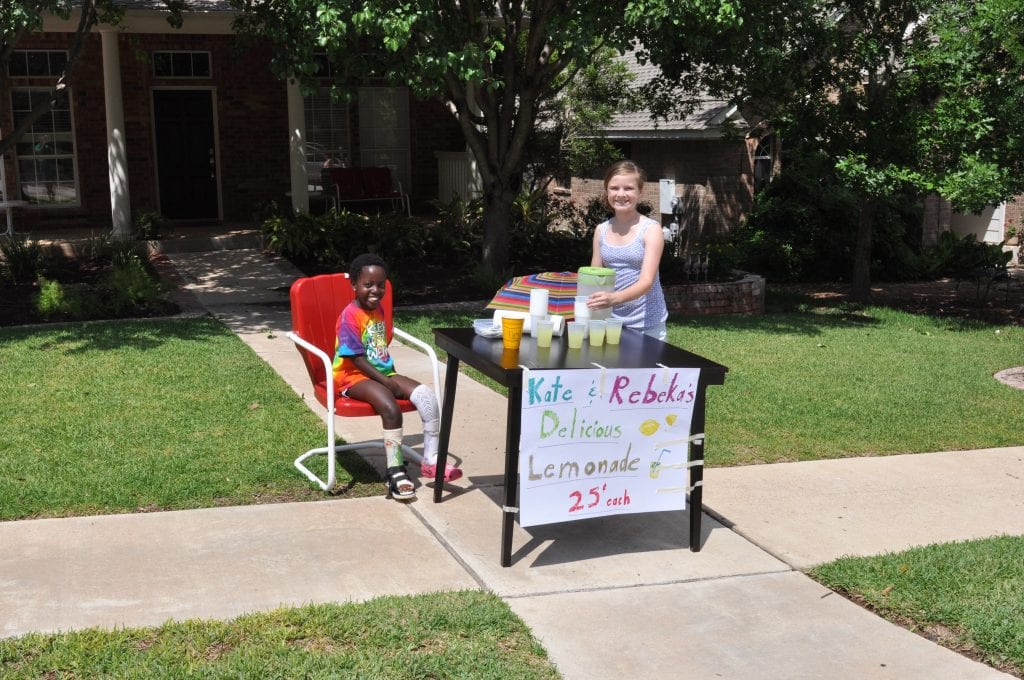 When it came time for Rebeka to learn how to walk again on her turned straight feet, the goal was to walk to Kate’s house. It was almost exactly a mile away, and it took months to do it. The night it finally happened Kate ran inside and grabbed a roll of toilet paper. We stretched it across the street and Rebeka crossed her toilet paper finish line to the tune of much cheering. Kate was so proud of her friend! 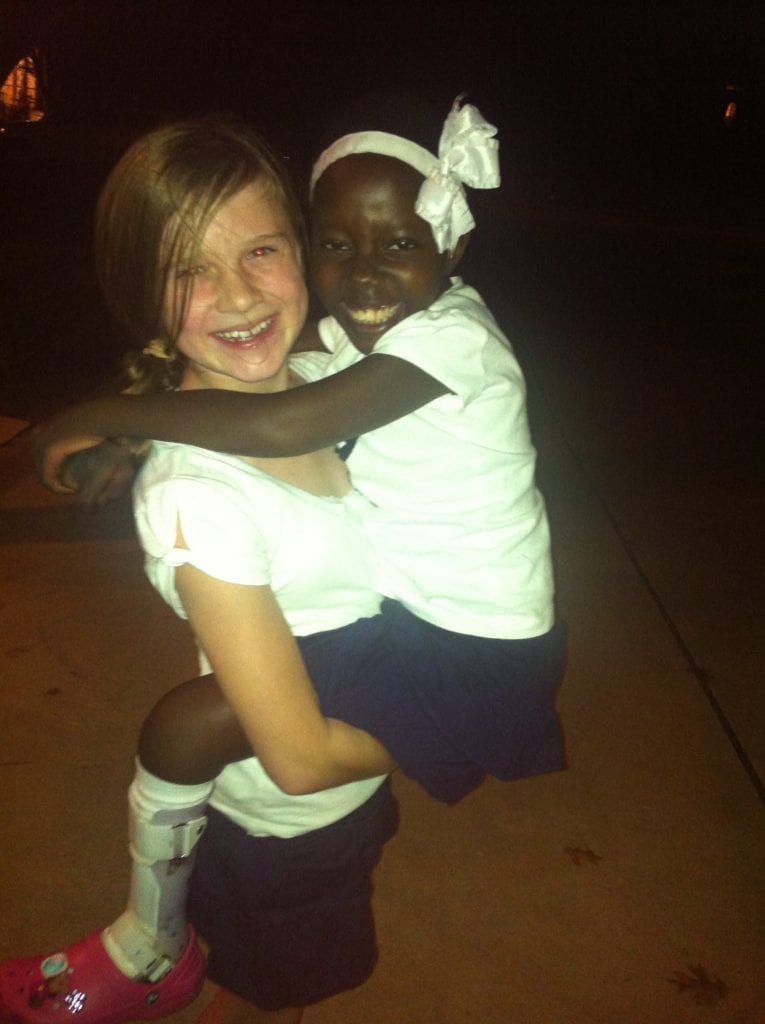 It was hard to say goodbye when Rebeka flew back home in June of 2013. Years passed. The girls grew up on either side of the ocean. And then, in June of 2019 at the same time I traveled to Rwanda to make the video for book presentations, Kate traveled to Rwanda with her mom and little brother and these two sweet friends got to see each other again! 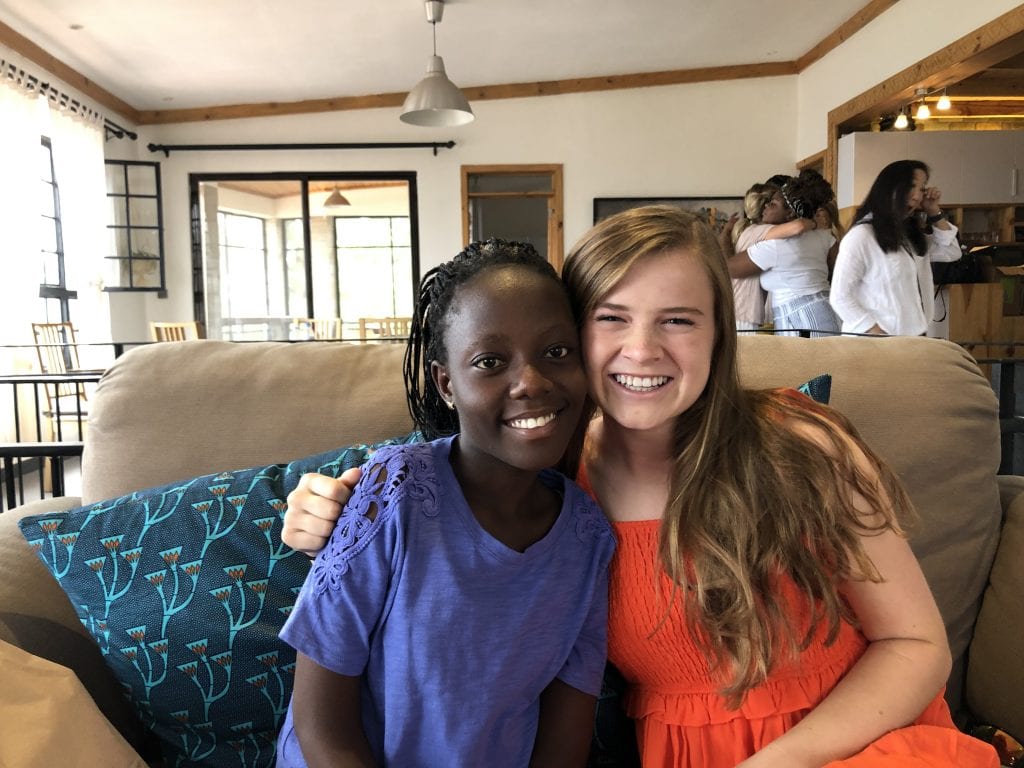 They sat next to each other on the bus on the way to Rebeka’s school and debated which color they’d be if they were a Skittle, and if they’d rather go to the moon or Disney. They talked about old times, and new times, as the Rwandan countryside slipped by out the bus window. At Rebeka’s school, they held hands going up the stairs and walked all over campus until finally, it was time to say goodbye. 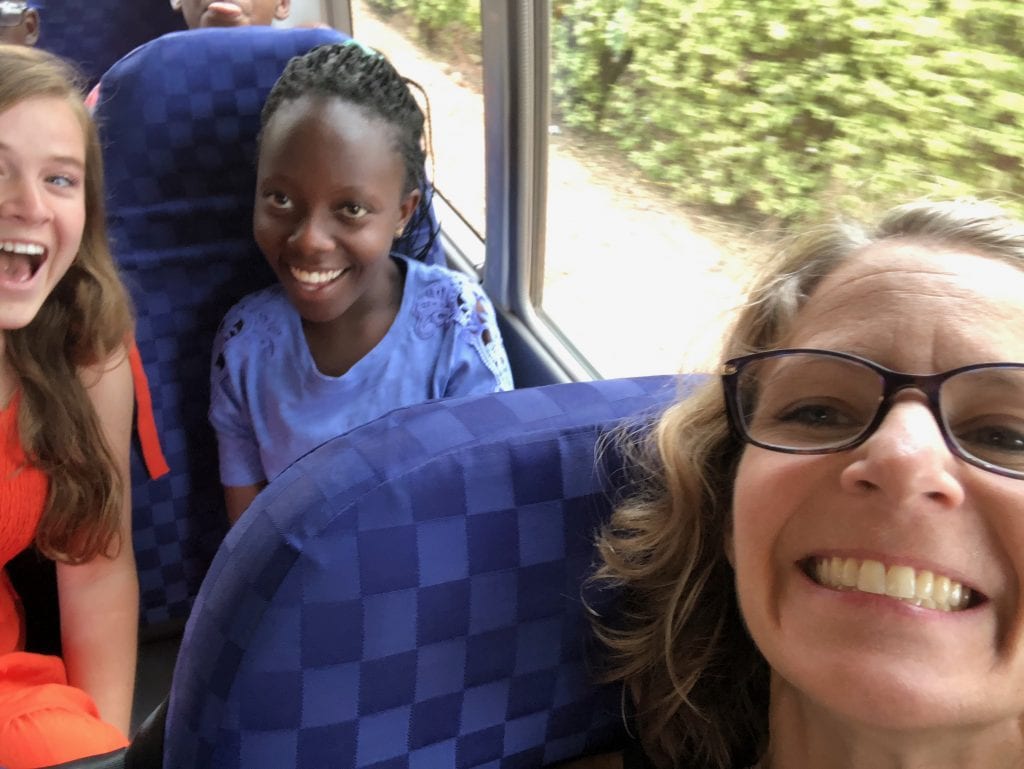 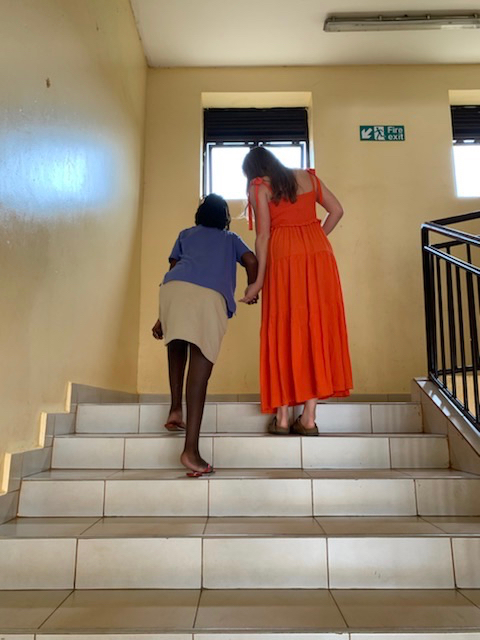 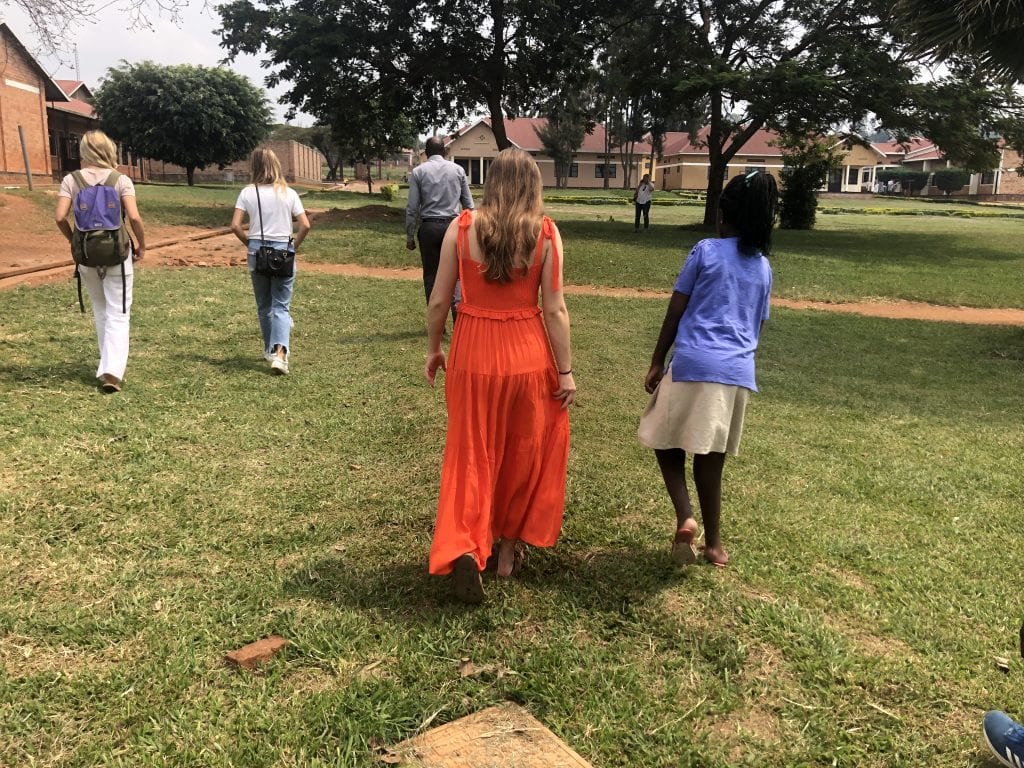 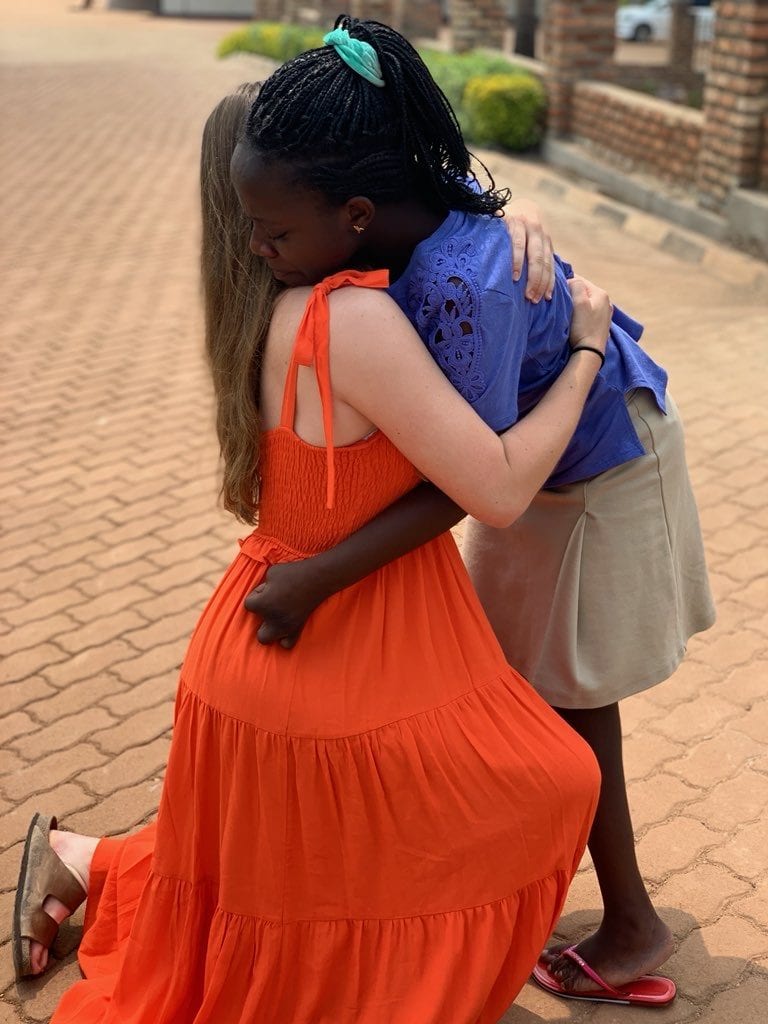 It was hard, just like it was before, but the sweet was worth the hard. There is a line at the end of our book, when Rebeka is talking to her little sister Medea and she says, “Life is hard, like the pit of a mango, but it is sweet too, sweet as mango juice.” Two girls who seemed very different, connected on a blanket behind the bleachers and started a friendship that will weather the years and the miles. It is very sweet.