When my good friend and critique partner, Jerri Romine, said I could come raid her shelves for story time books, I was thrilled. She is a former preschool teacher with a fantastic eye for what makes a great read aloud, she recently got her second vaccine and I’ve had my first, we were golden! And a special surprise, another critique partner Paige Britt showed up (also recently vaccinated). We haven’t seen each other in over a year! As Kathi Appelt says in her book Bubba and Beau Meet the Relatives, it was jubilation galore! 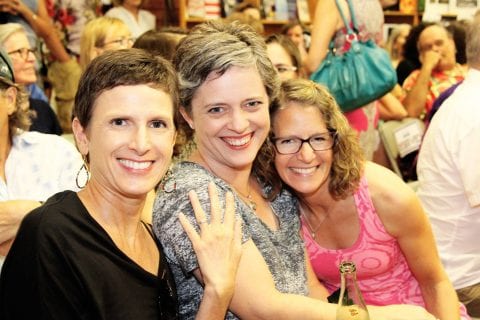 We first met way back in 2005 when we started reading each other’s work, cheering each other on, and going gaga over the best in kidlit. Jerri baked fresh banana bread and made hot coffee and had stacks and stacks of awesome books on her kitchen table. We caught up on life and went gaga over some of the best in kidlit all over again, separating all those great picture books into stacks by themes. I’ve got enough books to get our story time kiddos through the summer, starting with this week’s theme on pets. 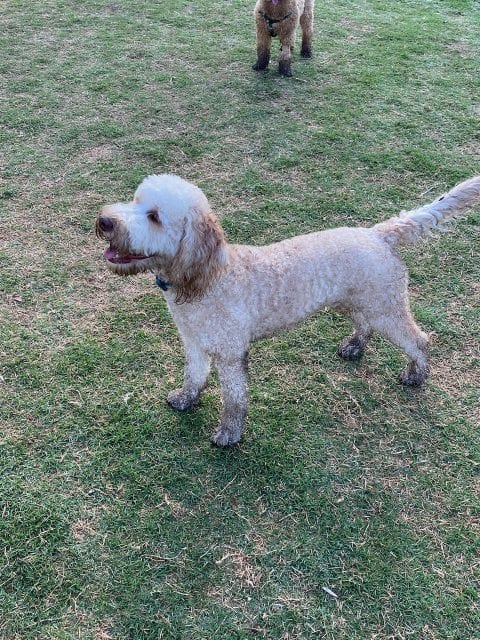 If anyone follows me on social media, you’ve met our “mini” double doodle Humphrey who is often muddy-footed and full of energy. Kind of reminds me of some kids I know! I think the kids will love this week’s books, and if you’ve got others you’d recommend, leave them in the comments! 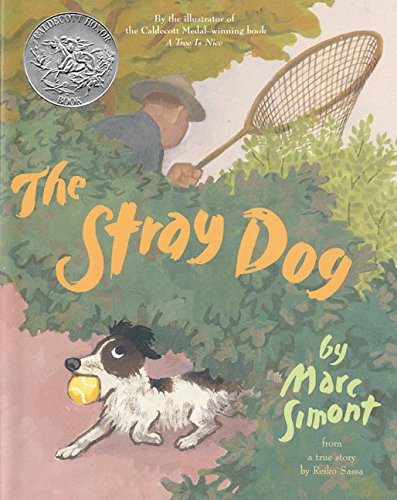 The Stray Dog retold and illustrated by Marc Simont, from a true story by Reiko Sassa

This is a great book for young ones, not a lot of text and a simple storyline with lots of emotion. A family leaves the city and drives to a nearby park for a picnic, where they play with a cute little dog. They call him Willy but when it’s time to go home they assume he belongs to somebody and leave him behind. In the next two page turns the week passes, and the family thinks about Willy. The following weekend they return to the park for another picnic, see Willy being chased by a dog catcher, insist that he belongs to them (the boy’s belt becomes the leash, the girl’s bow his collar) and take him home. Sweet! I love that it’s based on a true story, love the spread where the boy and girl have the dog in the tub with them giving him a bath, just love the whole darn book and how it’s told so simply. 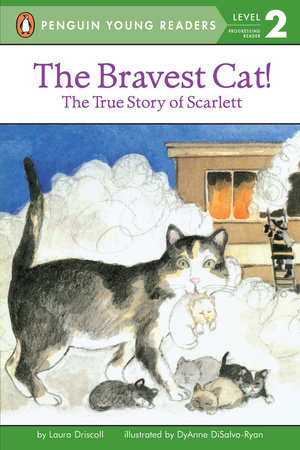 The Bravest Cat The True Story of Scarlett by Laura Driscoll, illustrated by DyAnne DiSalvo-Ryan

I love that this is also a true story, and such a heartwarming one. A mother cat rescues her little kittens from a building that’s on fire but they’re all burned in the process, especially the mother. They’re taken to an animal hospital and stories run on TV and in the newspapers about the brave mother cat. They slowly recover and get adopted (except one who dies, it’s handled with honesty and a simple explanation I appreciate). Scarlett, the mother, receives over a thousand letters from people who want to take her home and ends up going to a woman who was also in an accident and took a long time to recover, a woman who lost her cat but waited to replace her because she didn’t want another “unless it was a very special one . . . just like Scarlett!” And there’s a real photo at the end just so you’ll get good and weepy. 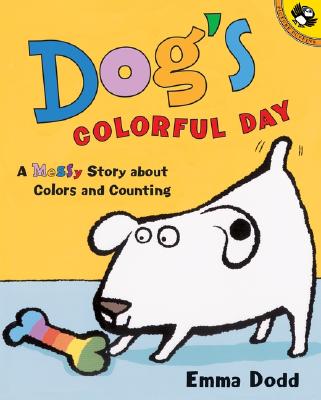 I’ve loved reading this book out loud for many years, it’s just got a lot of great elements and while it’s a bit of a stretch to call it a “pet” book, this white dog (with one black spot on his left ear) is indeed a pet who accumulates different colors of spots throughout his day, a red splat of jam, a blue splish of paint, and on it goes. You get to count, and do colors, and play with different fun sounds like squash and splosh, and at the end I love playing a memory game with the kids to see if they remember what made all those fun spots. It’s got bright, engaging illustrations, simple text, it’s a story and a game all wrapped up in one, this one has it all, so I say do it for pets, do it for counting and colors, just do it for fun! 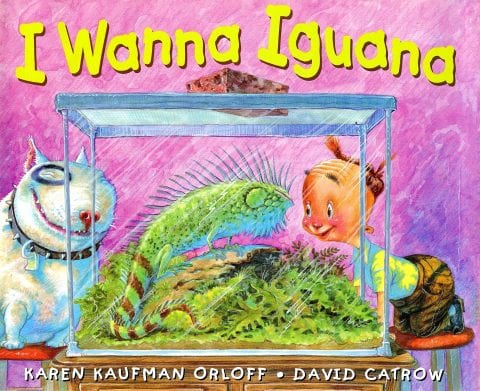 In a series of increasingly creative letters a boy tells his mom why he really wants his neighbor’s iguana when he moves, and his mom very patiently explains why it’s a really bad idea. Catrow’s art is over the top, bright and weird, and the mom is a tough cookie. She’s eventually won over, but only on a “trial basis” and she reminds her son, “If you clean his cage as well as you clean your room, you’re in trouble.” All this back and forth in letters, brings us to a really sweet double page spread where we see an in-person mother and son interaction. Mom stoops down, son clasps his hands, page turn, and then, and then, suspense builds on the next double page spread . . .Yesss! He gets that iguana by golly. So satisfying! 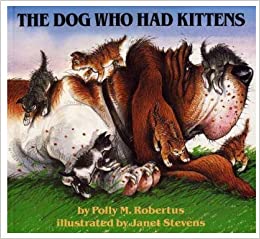 The Dog Who Had Kittens by Polly M. Robertus, illustrated by Janet Stevens

I get sentimental about this book because the author, Polly, was one of the first children’s book authors I met when I started writing for kids, and I had this book on the shelf when my daughter was born even though it’s a bit text heavy and I had to wait a while for her to sit still and listen to it. It got lost somewhere along the way so I was so happy when I saw it in Jerri’s pile, like finding a long lost friend. It’s a sweet one, about an old, grouchy Basset Hound named Baxter. When Eloise the cat has kittens he’s shoved off to the side and kept away but one day the family leaves, the door to the laundry rooms is left open, and Eloise is gone. Baxter becomes the kittens’ new favorite,  and all is well again, until one day when Baxter goes off with his boy and when he comes back, the kittens are gone. He ends up snuggling up in their old box with, guess who . . . Eloise! She licks his ear, just as if he were a kitten, ahhhh. A good picture book always has a zinger of a last line and a final illustration that stays with you. This one doesn’t disappoint.