This week’s storytime is brought to you by books about family. Four of the five books are about siblings and one of them is a really cool book about an aunt (not ant) farm. It’s hilarious! I recently found out my three grown kids have been doing a sibling zoom call once a week or so. I can not tell you how happy it makes me to know that somehow, somewhere along the way, these three formed a bond that knit them together and keeps them pursuing each other, even when they live in three different places. 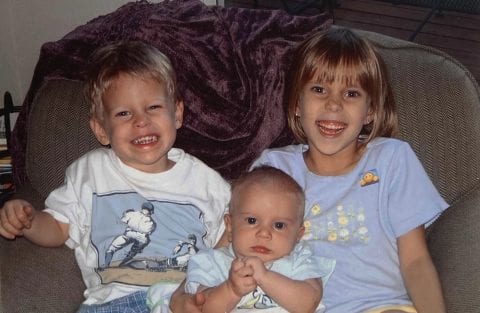 We shared a lot of stories together, and yes, some of those stories were the kind of lived out stories. Trips we took, holiday traditions, neighbors we dug in with and houses we made into homes. 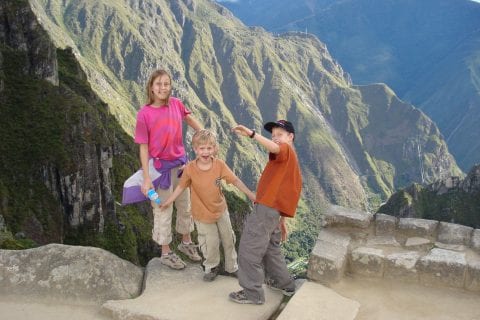 But I’d like to think some of those bonds were knit between the pages of all those books we shared day after day, week after week, year after year after year. We read a ton of books when the kids were little, during the day, at night, nap time, play time, too-hot-to-be-outside time. They share those stories, too. The cadence and pictures and characters and rhymes. I think there is something magical about story time. So magical grown children call each other up once a week.

May it be so for your families whatever they look like, whether it’s siblings or aunts who share your stories. Here’s our picture books about families, and if you know of others, leave them in the comments. I do hope other story tellers find their way to these posts and find them helpful as they choose their books for their own little circles of kids. 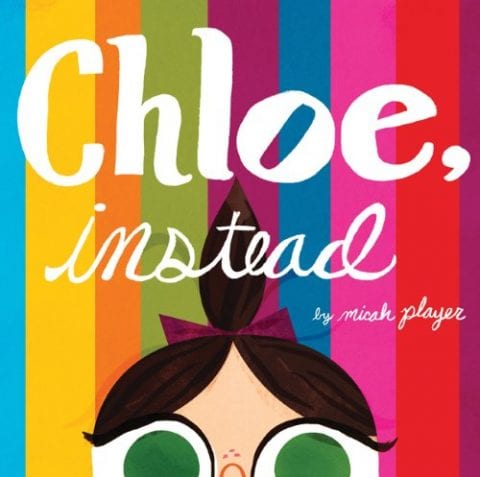 Chloe, Instead by Micah Player

This book is great for younger kids. It’s got bright colors and spare text, and it addresses the age-old issue of the irritating little sibling. In this case it’s a little sister who eats crayons, tears up books, and basically gets into big sister’s business. Big sister is allowed to have her melt down. She says, “Go away, Chloe!” and then, in utter frustration when Chloe reaches out out and “boop” touches her keyboard anyway, she explodes in a double page spread with “Chloe!” But then we see a moment of big sister remorse and then with no parent interaction she apologizes and invites Chloe to dance. The resolution is really sweet, the two sisters end up sharing the same twin bed as the morning light streams in. Love! 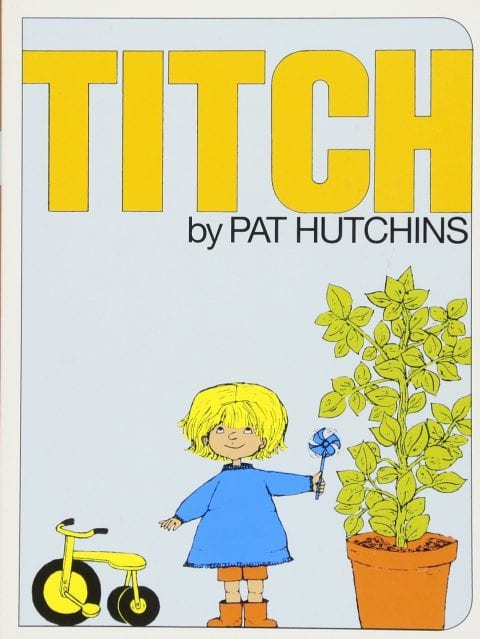 Another great one for little ones with short attention spans, Titch is little with two older siblings who seemingly are better at everything. Their bikes and kites and musical instruments and tools are bigger . . . ahh, but in the end Pete has a big spade, Mary has a fat flowerpot, and even though Titch has only a tiny seed it grows and grows and grows! This is a great one to do with a “growing” activity to get the wiggles out. After reading, tell the kids to be a seed and then grow, and grow, and grow until their arms are stretched waaaay over their heads. 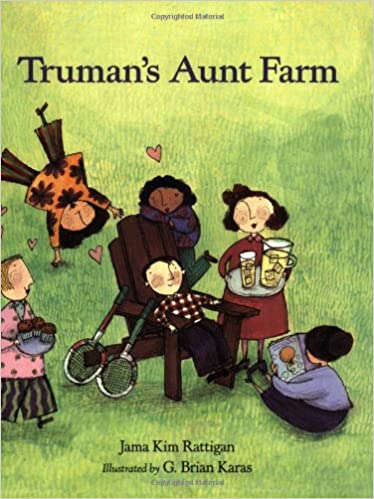 I loved this illustrator! And this book is hysterical. I mean, the premise is right in the title. Truman receives a gift from his Aunt Fran, she thinks she’s sending the ant farm he asked for but instead he gets aunts! Around two hundred of them who make such a fuss, pinching Truman’s cheeks and baking cookies. He cares for them as best he can and eventually gives the aunts away to deserving kids. Then one day, after all the hubbub, a big box arrives. What in the world could it be? It’s another aunt! But this time it’s Aunt Fran 🙂 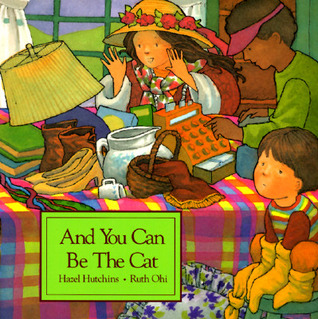 And You Can Be the Cat by Hazel Hutchins, illustrated by Ruth Ohi

This book addresses the scenario where the little kid gets stuck with the worst part in every make believe game. At first Norman is fine being a cat while Neil and Leanna are pioneers, but when they play store and then fancy restaurant and Norman is still relegated to the role of cat he’s bored and the “cat” misbehaves and is thrown out of the game. Norman makes a fort in the living room by himself that becomes the coolest castle anywhere. When Neil and Leanna see it, they are so impressed they tell Norman he can be king, but he smiles and says “No thanks, I’ll just be the cat.” I love the imagination the kids have in this book, and Norman doesn’t go running to his parents with his grievance but makes a better game. May it be so with all young kids! 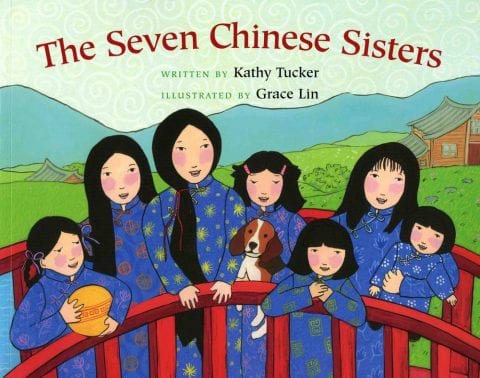 I love that these seven sisters take care of each other, each using their own gifting, even the youngest sister who wasn’t sure what her gift was yet (we find our her gift on the last page, she is the best storyteller, and she always tells this story first, I adore this!). I all their gifts, from riding a scooter fast as the wind to talking to dogs to counting to five hundred and beyond, and how this story cleverly incorporates all these gifts to defeat a dragon. I love that the first word the youngest sister speaks is “help” and this line: “it was an excellent word.” What a great message for girls and boys, that “help” is an excellent word! I also love that we find out the dragon is so mean because he’s hungry. It’s a nod to look past the scales to what’s underneath and find out the “why” when someone is grouchy or mean, to have compassion. There’s so many reasons to love this story about these seven adorable sisters. Did I mention they are adorable? I love Grace Lin’s illustrations.