Amazon and other booksellers link to this page instead of the book page for Her Own Two Feet. If you’re looking for more information on Rebeka and our book,  click here.

Alayna is in her last semester at Texas A&M, preparing to graduate in May, 2018. It wasn’t easy re-integrating back into life in College Station after spending a semester in Grenoble, France. 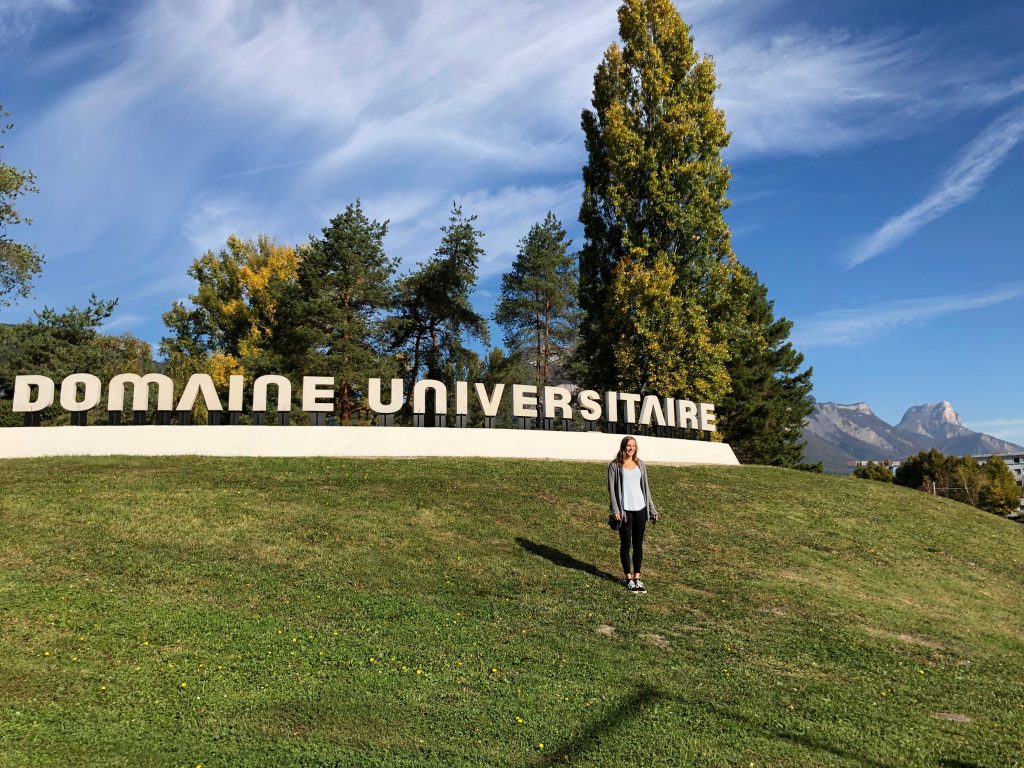 It wasn’t just the language and culture shock. It was the fact that most of her friends graduated last spring and life was going to look really different. She had one friend who remained, and a room in that friend’s apartment where she could put her mattress on the floor, and live out of cardboard boxes for a few months. I think we all figured she would grit her teeth and endure but hey, you only get one last-semester-of-college in life, and Alayna has never been one to pass up a chance at a new adventure. 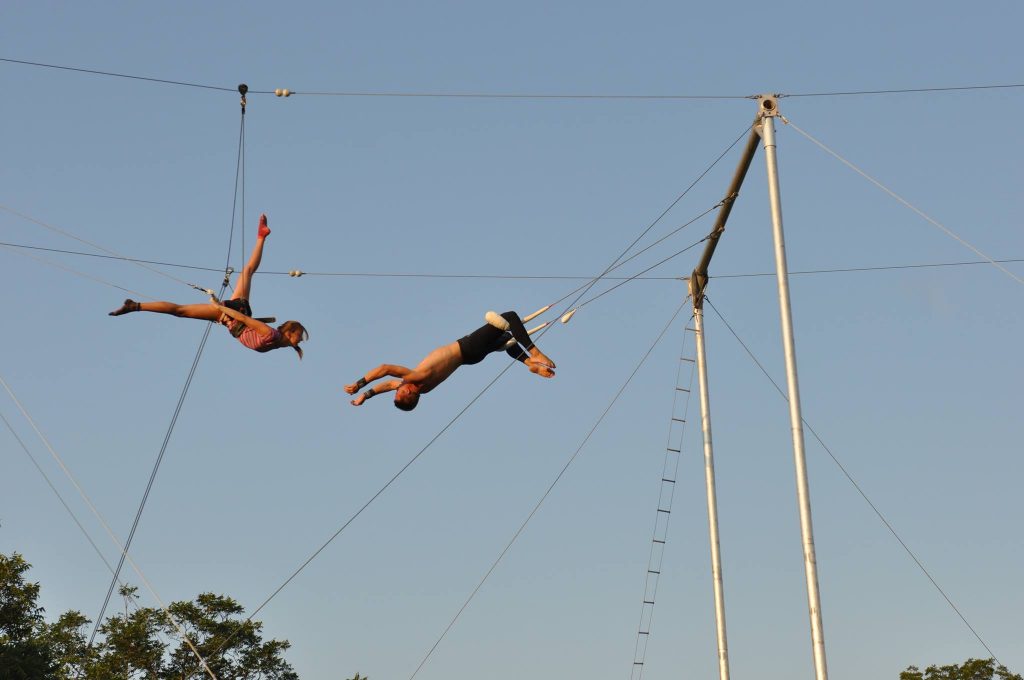 she flies through the air with the greatest of ease . . . 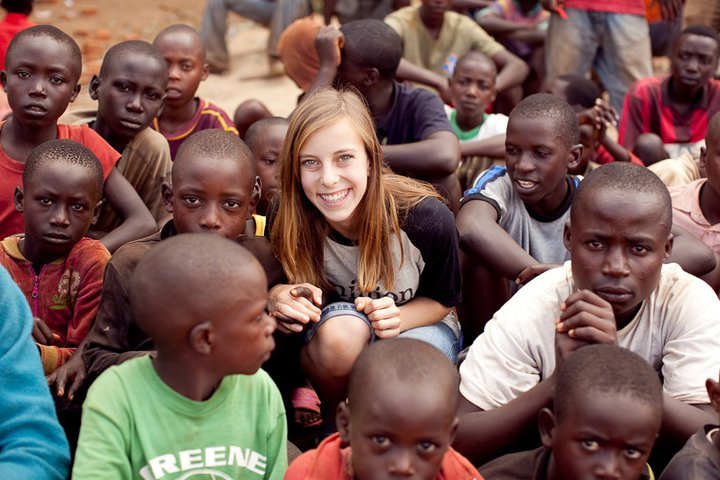 in Rwanda, she’s always ready to engage with strangers who become friends

Last summer when she interned at Explore Austin she began to rock climb at a nearby climbing gym. What started out as a hobby turned into an obsession. Upon her return to College Station, she tried out for the Texas A&M competitive climbing team, the Craggies, and made it! For Spring Break she went climbing with friends in Arkansas. 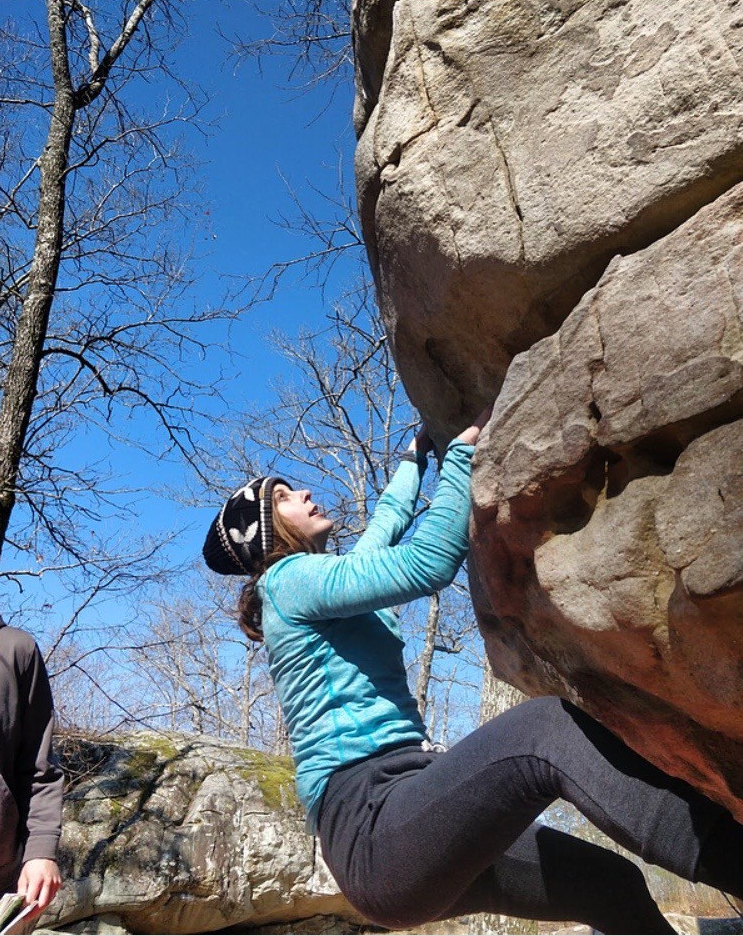 Since then she has competed in several competitions and most recently qualified for nationals in speed climbing! 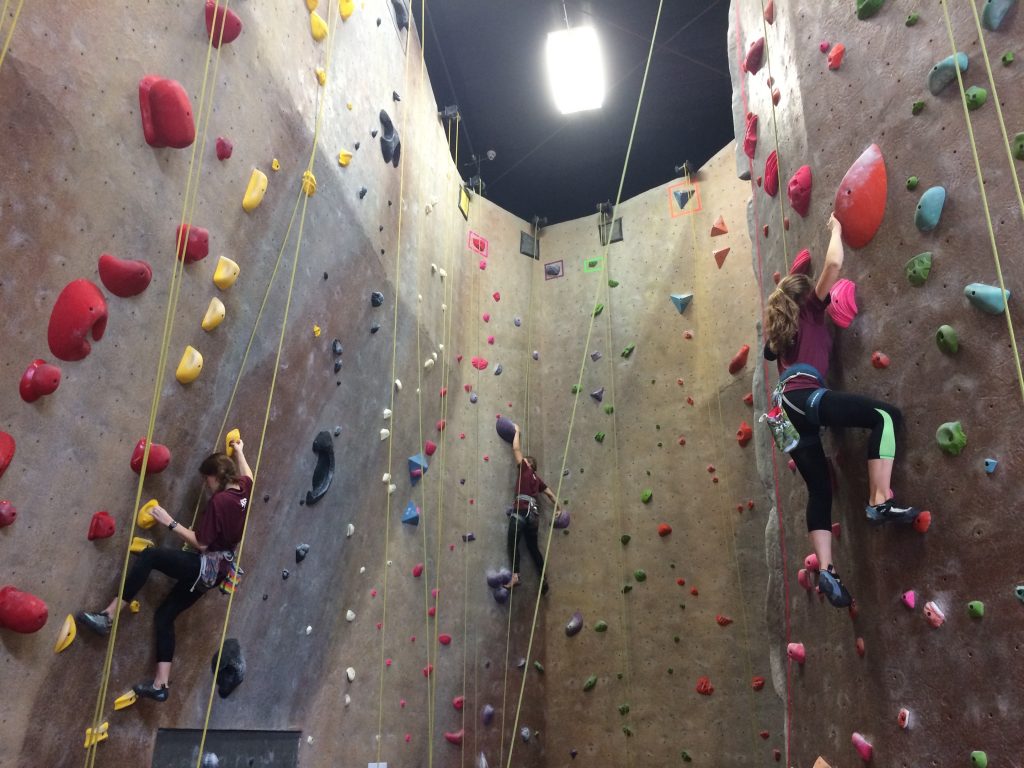 She is officially hooked. She makes multiple trips a week to Katy where they have a regulation speed-climbing wall where she can practice for nationals. She inhales climbing documentaries, and is asking for climbing gear for a graduation present. I am so proud of her for taking on this last semester with gusto, and re-inventing her life in College Station with this new passion. She’s met new friends, and she’s earned some gnarly callouses.

I know about re-inventing. I’ve been re-inventing my Rebeka book for almost a year now, revising and revising again. I’ve built up some tough callouses, taking constructive criticism and cutting some “darlings” to get to the heart of the story. My most recent revision was coming up with a new title when my agent wasn’t entirely happy with the first two. I had sent an email to a friend in Rwanda, asking her if the phrase “seize every opportunity and make the most of it,” was common in Rwanda. Something like “Carpe Diem,” or “seize the day.” 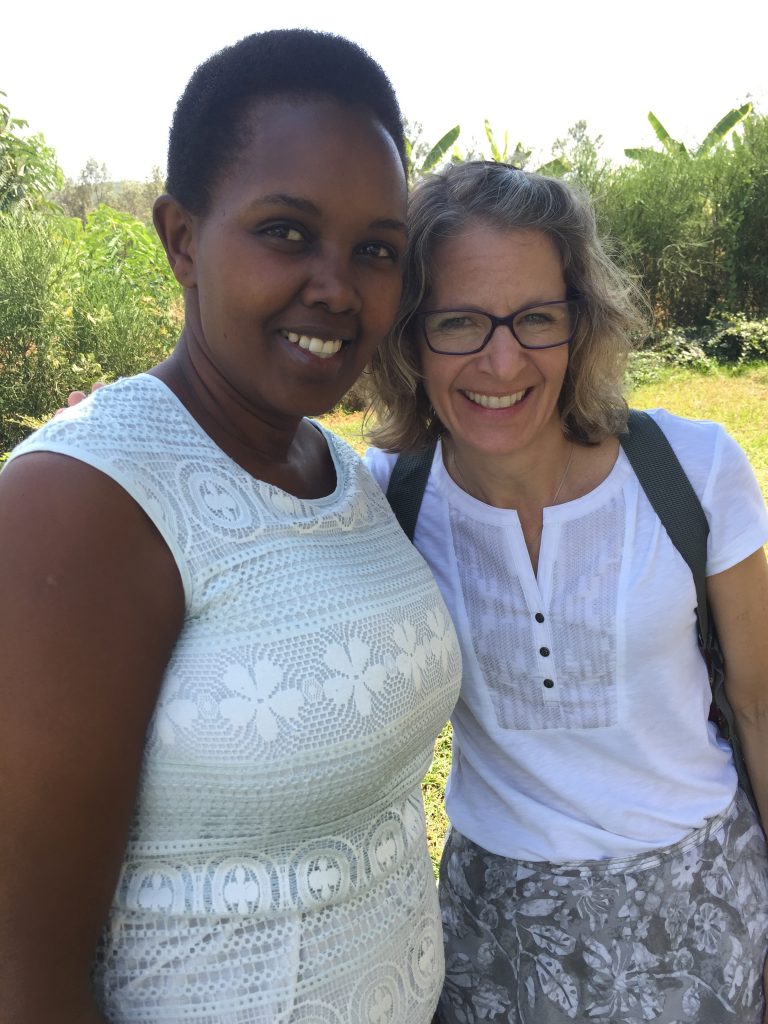 Rebekkah in Rwanda, who gave me “chance comes once”

She responded that in Rwanda they say Amahirwe aza rimwe, which means “chance comes once.” The phrase captures perfectly the tension in Rebeka’s life. Many times she was given opportunities where saying “yes” wasn’t easy. At age five, she stayed alone at a clinic for eight months to receive treatments for her feet. She left family and friends and all that was familiar to come to America where she endured painful surgeries and challenging physical therapy. And when she returned to Rwanda, Rebeka left her family yet again to attend a prestigious boarding school located several hours away by car. 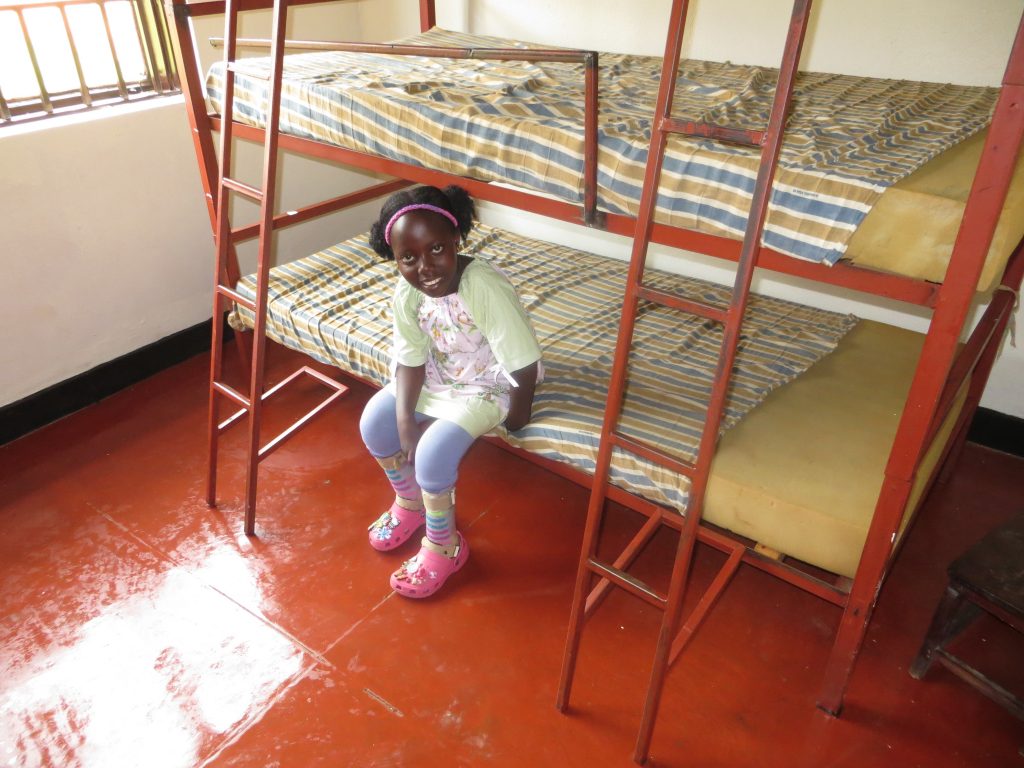 Rebeka’s bed at boarding school the year she returned

They were all tough “yes’s” to once-in-a-lifetime chances. These two girls impress the heck out of me. They suck the marrow out of life, pushing themselves as they pursue new opportunities and continue saying “yes” to life’s adventures. I am forever grateful for the time they got to spend together. 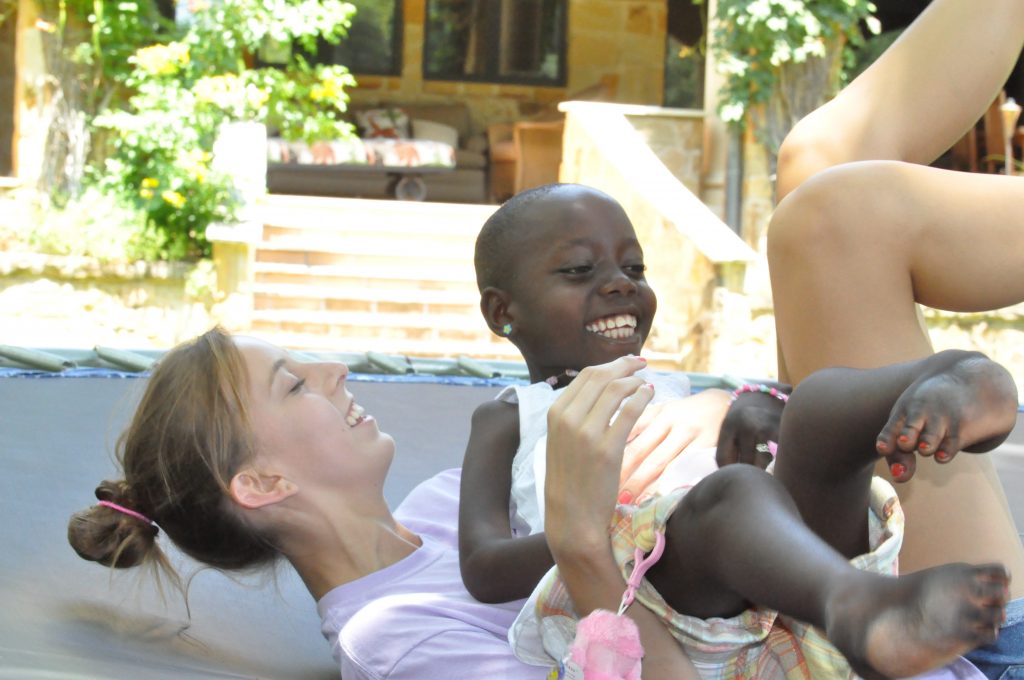 Chance comes once. Sometimes we get only one chance to take advantage of an opportunity, and these two girls embrace their chances with gusto. I did the same when I took the chance to tell Rebeka’s story, now titled CHANCE COMES ONCE: BASED ON THE TRUE STORY OF A RWANDAN GIRL’S JOURNEY, and I’m so glad I said yes.

11 Responses to “Chance Comes Once”