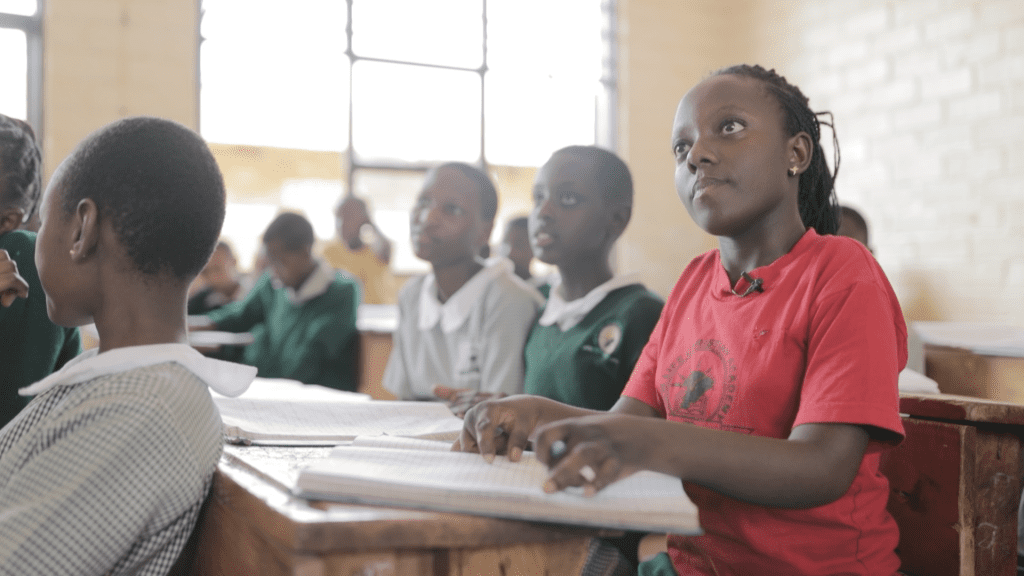 When I arrived at Rebeka’s school in Rwanda, someone got her out of class. Like one of those dramatic movie moments, we spied each other across the campus and it was all smiles and teary eyes as we hurried to hug.

While Rebeka knew I was coming, she didn’t know when, and wasn’t exactly sure why. We walked and talked and I explained that I had arrived with a microphone, a video camera, and the talented Serrah, a Rwandan videographer with Africa New Life. We gathered quite a crowd! 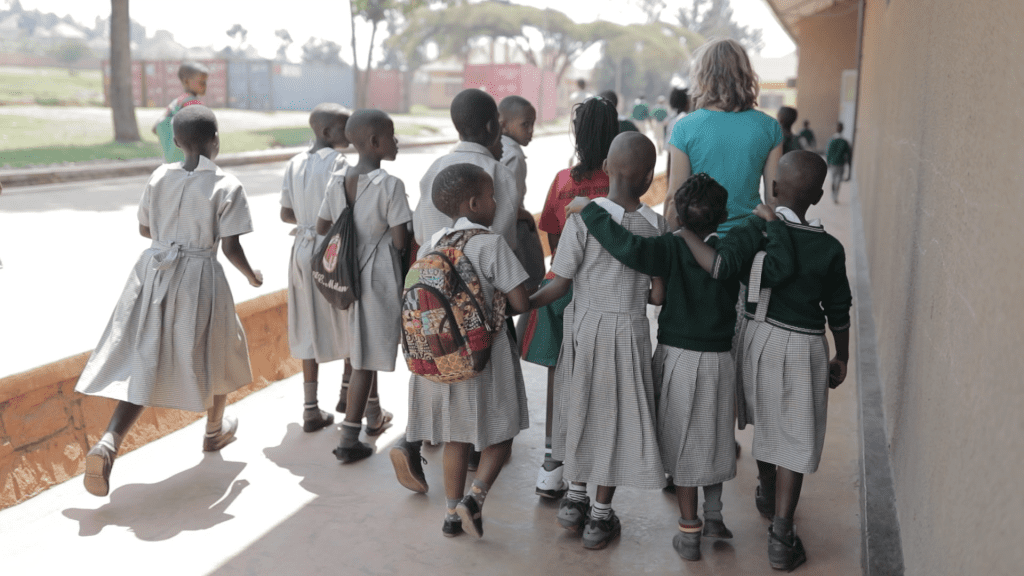 I also arrived with questions from ten curious American kids who each read an advanced copy of our book. Our goal was to produce a video that can be shown at presentations, so that even when Rebeka can’t be present, her voice will still be heard. And her giggle. I really wanted to make sure we captured her giggle.

I thought maybe Rebeka would be nervous about being filmed, which turned out to be a ridiculous concern. Rebeka was confident and poised as we found the perfect spot to set up, threaded a microphone under her shirt and clipped it to her collar. She answered questions easily, in fluent English that sounds better than the day she left Austin. She made us laugh, and she answered with honesty and grace, even for the hard questions. Then she took us on a little tour of her school where we saw the cafeteria, her dorm, and met some of her friends. 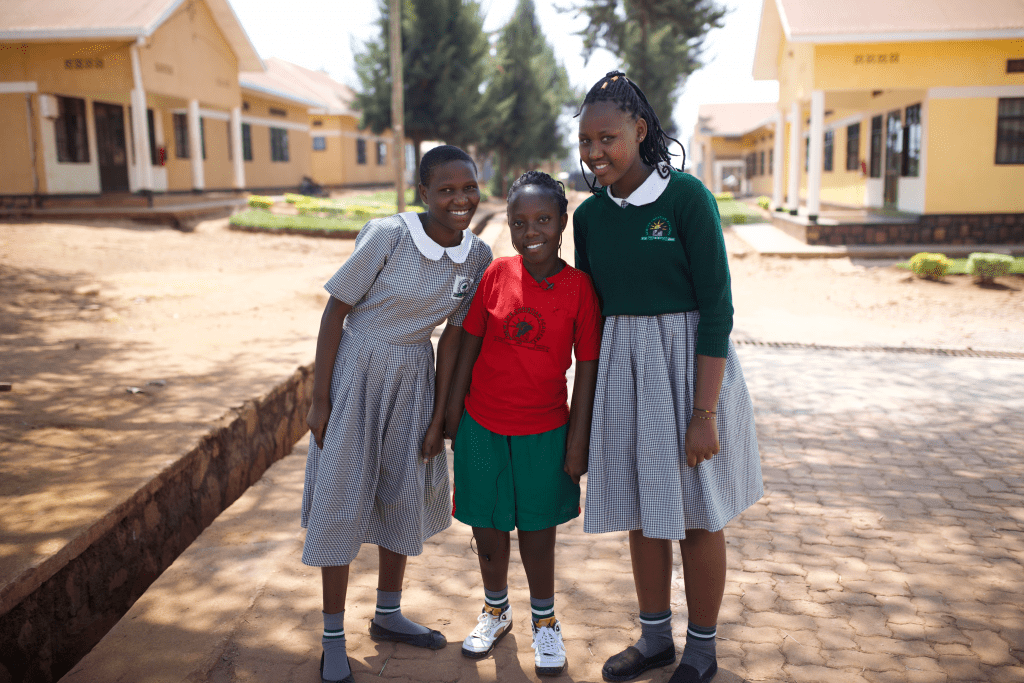 The next day we drove to her home. It’s a two and a half hour ride past green fields, cars and busses and trucks and motorcycles, past men pushing bicycles loaded down with sloshing water jugs or long bundles of reeds, women in brightly colored dresses, and children. Some were playing, some fetching water, others walking to and from school. When we arrived at Rebeka’s home, she introduced us to her family and showed us their goats and the lake where her father used to fish. I’ve got it all on film, and I’ll show it at the debut launch party (October 19th, 2PM, Bookpeople) and at school visits and presentations. 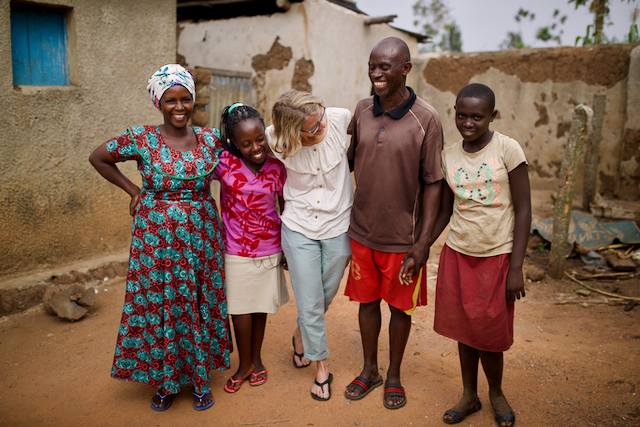 Before we left, we took a look at the new store her parents built in front of their home. About two years ago, before Scholastic bought our book, her family started forming bricks from red dirt and baking them in the sun. Today, the store is finished. In addition to generating income for her family, it provides much needed goods for the community. 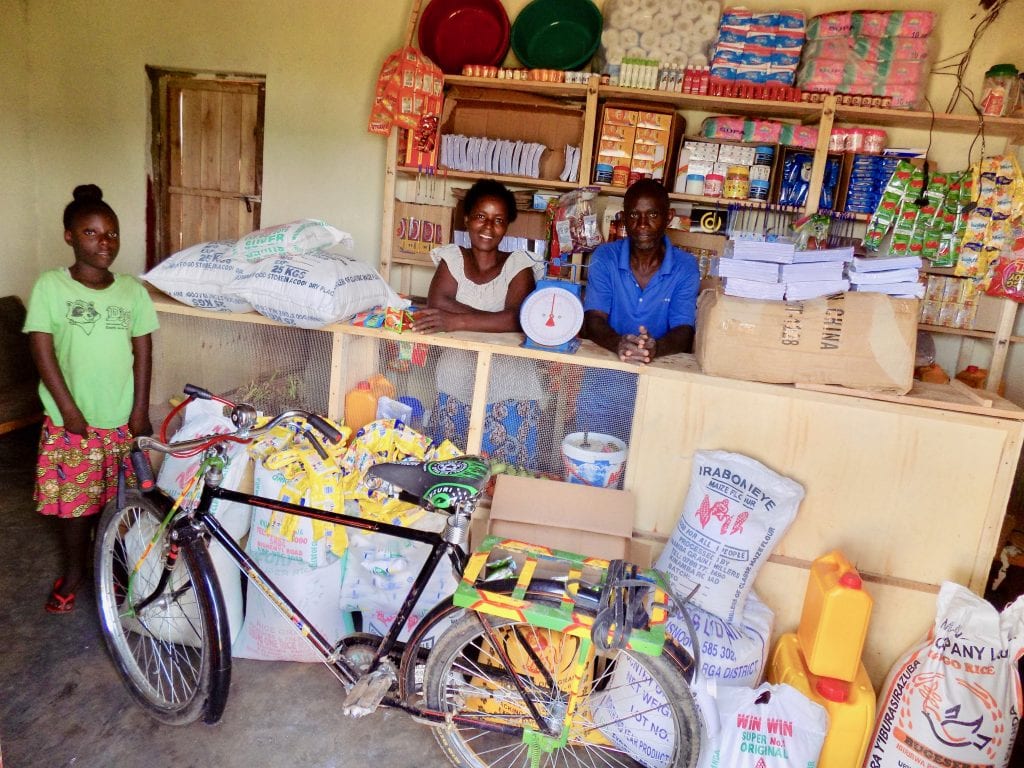 “I’ll bring some books next time for the new store,” I said as we prepared to leave, imagining the green spines on the shelf beside the soap and lotions and flipflops. The translator, Jovan, shook his head and smiled a sad smile. “Most could not read it,” he said, and my heart sank a little. The majority of adults who live near Rebeka are illiterate.

But that is changing. Sponsorship organizations like Africa New Life help thousands of kids each year afford school fees and the Rwandan government has identified education as key to the country’s success. According to the Global Partnership for Education:

“Rwanda considers education a critical investment for the country’s future growth and development. This is evidenced by the increased share of the national budget allocated to the education sector.”

On October 1st, HER OWN TWO FEET: A RWANDAN GIRL’S BRAVE FIGHT TO WALK will be on shelves across America. Having a book on the shelf with my name on the cover is one of my dreams come true, and our book is all about Rebeka’s dream coming true. Now I have another dream, that someday there will be book clubs on both sides of the ocean. 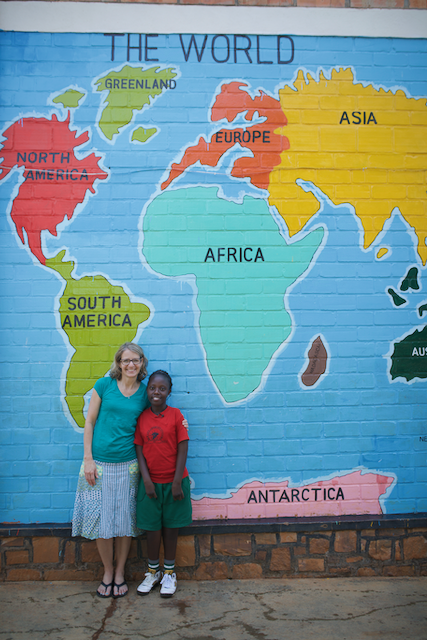